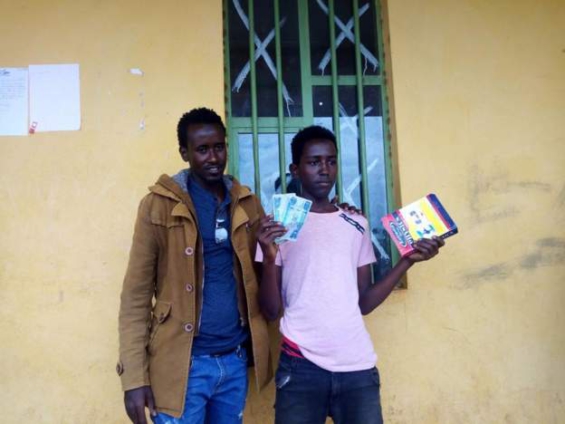 A 14-year-old boy is being hailed for generating electricity from biogas, lighting up several homes in Borana zone, southern Ethiopia.

Adan Hussein Dida, a grade eight student at Tula Web Primary School, says he embarked on the project to ease the suffering of villagers who lack basic services such as roads, hospitals and electricity.

He started the project from the backyard of his parents, decomposing animal waste in a two-metre deep hole.

From this he was able to generate enough electricity for eight houses. He charges each home $0.87 (£0.64) per month.

The locals in the area are predominantly pastoralists who rely on their livestock for survival, but with the unforgiving drought that has hit the country, many are in poverty.

Adan’s family is supported by the money he raises from his electricity project.

“I am very proud of what I have accomplished so far, they say I have saved them from the cost of batteries and torches. Their children can now read at home instead of waiting until the next day to do their homework,” Adan says.

His teacher, Boru Sora, says Adan is expanding his project to more houses in the village despite bad roads makes it difficult for him to go to towns to purchase the equipment he needs.

“He is a very innovative student. Besides the biogas he has tried several things from fixing radios and other electronics to making a plane that flew for 100 metres,” Mr Boru says.

Inspired by Adan, more students at his school are coming up with their own projects.

His dream is to pursue engineering at the newly established Borana University in Yebelo.