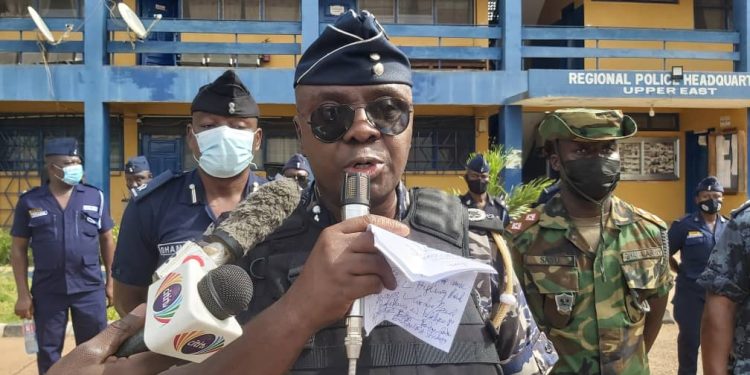 The Upper East Regional Police Command has announced the arrest of 18 suspects in Bawku, following the recent disturbances in the area.

The Public Relations Officer for the Command, ASP David Fianko-Okyere, said the arrest is in line with the murder of a horse trader at Gozezi, adding that the suspects will be screened and put before court later today, March 15.

The horse trader is said to have been killed by some unknown assailants after he was accompanied by another resident to move one of his horses from Widana to Bawku.

“We are currently interrogating and screening these 18 people and preparing for further investigations,” he told Citi FM in an interview.

While urging the media to exercise caution in their reportage on the Bawku conflicts, ASP Fianko-Okyere indicated that the Police will charge the suspects based on evidence gathered.

He assured that calm has been restored to the community following efforts by the joint Police and Military team to ensure peace and order.

“A swoop was conducted, and we are screening them. Possibly the evidence that we will get from them will determine the charges. So, let’s wait till we finish preparing the charges,” he urged.

On Monday, one person was reported dead while four others were arrested after a shooting incident in the community.

Security personnel were deployed into the town to prevent an escalation of the situation.

Some residents caught in the crossfire told JoyNews that the latest violence began at 12:00pm and ended around 3:00pm after which it erupted again.

“It all started around 12 something, so around 1, 3 thereabouts it stopped and right now everything started again. So around 1, the soldiers were in town shooting again. Let me say for the people, they are used to it. Today is a market day so everybody has gone back home,” an eyewitness said.

According to JoyNews‘ Albert Sore, the victim, identified as Stephen, was riding a horse from Taro to Bawku, adding that he stopped in one of Bawku’s suburbs to give water to his horse when he was shot.

Although it was not clear why he was shot, his being shot was the catalyst for the sporadic shooting in Bawku.