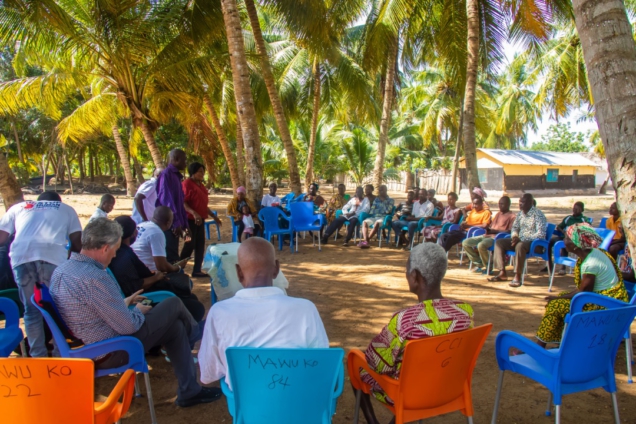 Some twenty-five (25) children have been rescued at Ada in the Ada East District of the Greater Accra Region.

The victims, who were trafficked from the Ada East District to Ekye-Amanfrom in the Afram Plains, Akosombo, Akate, and Kpetoi (lsland) for exploitation on the Volta Lake, have now been reunited with their families.

The rescue operations were carried out by Engage Now Africa (EMS), a non-governmental organization in collaboration with the Ada East District Ghana Police Service, the Domestic Violence and Victims Support Unit (DOVVSU), the Department of Social Welfare and Community Development and the Commission on Human Rights and Administrative Justice (CHRAJ).

Mr. Afasi Komla, Director of End Modern Slavery (EMS) disclosed to the media after the rescuing and reintegration ceremony that they acted very fast in rescuing the victims upon a tip-off they received last three weeks.

According to information received from the good Samaritan, out of the 25 children from the communities that were engaged in child labor, five of them were involved in other activities.

Mr. Afasi, defines Child Labour as work that is mentally, physically, socially, or morally dangerous and harmful to children; and that interfere with their schooling by depriving them of school, either by obliging them to leave school prematurely or by requiring them to attempt to combine school attendance with an excessive load of heavy work.

He said his outfit has provided the 25 victims with their educational needs, health needs and also given their parents sustainable livelihood support so that they can be able to take good care of their wards.

He advised the general public to understand that children are meant to learn and not to earn.

On her part, the Ada East District Head of Commission for Human Rights and Administrative Justice (CHRAJ), Mrs. Elizabeth Hammand-Agyeman, stated that development starts with family through unity.

According to her, government can not do everything, hence the need for parents to protect themselves and their children.

She said planning on the number of children one should give birth to is the surest way to prevent human trafficking issues.

She indicated that government is also part of childbearing which is why they build schools, hospitals, etc to ensure that everyone can get access to his/her basic needs.

Mrs. Hammond-Agyeman advised the victim’s parents not to misuse the monies given to them but rather they should take good care of it and use it for the intended purpose.

Representative of the Domestic Violence and Victim Support Unit (DOVVSU) urged the victim’s parents not to let their children do tedious works because such requests from them are against the law.

Additional, 29 victims have been identified and work is ongoing to rescue them.

DISCLAIMER: The Views, Comments, Opinions, Contributions and Statements made by Readers and Contributors on this platform do not necessarily represent the views or policy of Multimedia Group Limited.
Tags:
Ada East District
Human trafficking