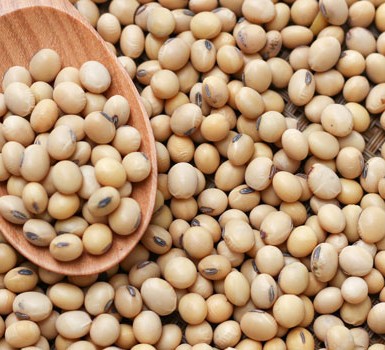 An Entomology at the Council for Scientific and Industrial Research – Savanna Agricultural Research Institute (CSIR-SARI), Dr Jerry Nboyine has disclosed that 50 per cent of soya bean oil found on the Ghanaian market are Genetically Modified Organisms (GMOs).

He added that poultry imported from European countries are also fed on GMO feed adding that indirectly Ghanaians have been eating GMOs for a long time now.

“Most of the chicken that we eat, we call them Euro- cacas, they are coming from Europe but then Europe doesn’t have enough capacity to produce soya bean for their animal feed so what they do is that they import GM cowpea from America’s and that is what they use to formulate the feed. The poultry that we feed on are fed on GM that has been bought to us so indirectly we are eating GM,” he added.

Speaking on the sidelines of a meeting with seed growers in the Northern Region, Dr Nboyine said there is no doubt that most of the imported products Ghanaians eat are GMOs.

He said there is enough data to show that BT cowpea that they have been working on for the past nine years is safe for both humans and the environment.

“The BT cowpea variety has been going on for 9 years. The actual field trial started in 2013 and over this particular period we have done a lot of work trying to come up with this particular variety that is GMO and GMOs^ he said

Dr Nboyine said it is about time Ghana take advantage of this high-yielding and pest-resistant plant to help farmers earn more and reduce the cost of production.

He said currently the country is not able to produce enough cowpea to meet the market demand compelling traders to import BT cowpea from Nigeria and other West African countries.

Dr Nboyine said currently Nigeria has commercialized the BT cowpea, something he said has the tendency to affect the Ghanaian farmer.

He explained that while the Bt variety needs just two pesticide spraying, the traditional ones take about four sprays which has cost implications on the resources and the environment.

Dr Nboyine said the Ghanaian farmer will be producing at a higher cost which in the end would affect the prices.

He added that people would opt for the same quality BT cowpea from Nigeria but at a lower cost.