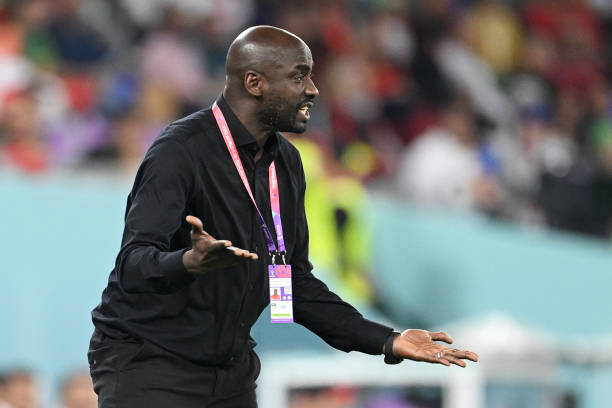 Ghana head coach, Otto Addo, says the Black Stars will be going in for a win against Uruguay eventhough a draw could be enough to them through to the next stage of the FIFA World Cup.

The Black Stars and Urugauy go head to head on Friday, December 2, with a place in the round of 16 of the competition up for grabs.

A win over South Korea on Monday means Ghana currently occupies the second soot in Group H with three points, two above both South Korea and Uruguay.

Addo’s side will advance to the next stage if Ghana draws and South Korea fail to beat Portugal by a two-goal margin, while a win sees the Black Stars also go through regardless the result from the other game.

However, Addo is keen on victory for the Black Stars rather than playing for a draw.

“The good thing is that, at the end if it’s a draw it is also good for us but we want to win this game,” he told the GFA Media.

“I’m not thinking too much about revenge because for me it’s just a normal game. Surely I was really sad when I watched the scene in 2010.

“It was a big chance for Ghana to proceed to the next stage but it happened 12 years ago.”

The Black Stars final group game is scheduled for Friday, December 2, at the Al Janoub Stadium with kickoff at 3PM.

DISCLAIMER: The Views, Comments, Opinions, Contributions and Statements made by Readers and Contributors on this platform do not necessarily represent the views or policy of Multimedia Group Limited.
Tags:
Black Stars
Lawrence Baidoo
Otoo Addo
Uruguay