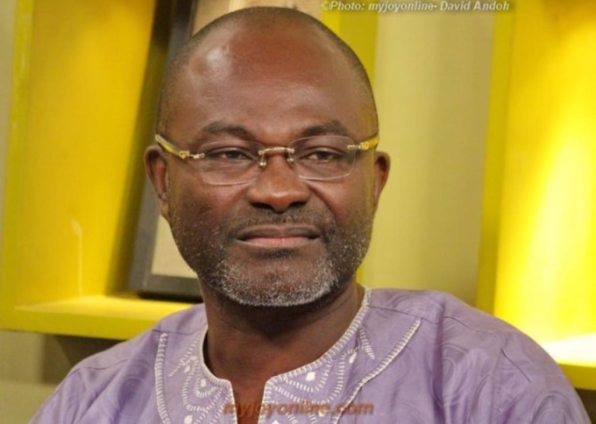 The NPP alleges some young men and women from the NDC, clad in red and wearing masks, were seen in videos, which have gone viral on social media, invoking deities and curses on some citizens of the country such as the Assin Central Member of Parliament, Kennedy Agyapong.

At a news conference at Ajumako, Constituency Secretary of the NPP in the Ajumako-Enyan-Essiam, Kwaku Noah, was convinced the act smacked of barbarism and backwardness and also an affront to traditions and customs of the area.

In one of the videos, the NPP claims, one Arhinful, a known NDC occultist in the constituency, was heard invoking deities to attack Hon Ken Agyapong and his family because he, Arhinful, says Ken Agyapong was tarnishing the image of Ato Forson.

In another video, he continues, one Effie Gala from Ajumako Besease, was masked and threatening the life of Hon Ken Agyapong for the simple reason that Hon Ken Agyapong was supporting Dr Rashid Kwesi Etuaful, the NPP’s Parliamentary Candidate for the area.

“We have been able to identify all those masked violent-minded Ato Forson henchmen and women in the videos. What were they hiding? What were they afraid of that they had to mask? If they had a clear conscience and were right, then why were they hooded,” he quizzed.

The constituency secretary intimates, the act is a clear sign of desperation on the part of Dr. Ato Forson and the NDC after learning they would be defeated in the December polls.

“But we assure them that nothing is going to change that impending humiliating defeat that awaits Ato Forson and the NDC come 7th December, 2020.  The good people of Ajumako-Enyan-Essiam are resolute in voting massively for Nana Addo Dankwa Akufo-Addo and Dr Rashid Kwesi Etuaful come 7th December,” he asserts.

The party is thus calling on the traditional authorities within the Ajumako Enyan Essiam Constituency to ensure that the supporters of the NDC who engaged in the ‘despicable and abominable act’ are brought to book severely in line with tradition, culture and custom.

They want the police to ensure that the persons that were arrested be made to face the full rigours of the law for threatening the life of Hon Ken Agyapong.

DISCLAIMER: The Views, Comments, Opinions, Contributions and Statements made by Readers and Contributors on this platform do not necessarily represent the views or policy of Multimedia Group Limited.
Tags:
Ajumako-Enyan-Essiam
Kennedy Agyapong