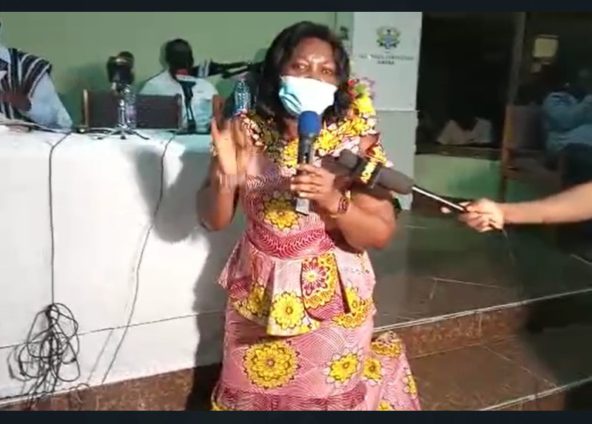 Mr Arthur was initially rejected by the assembly members for the position when they voted on September 24. He polled 34 out of the 65 votes cast.

Thus, ahead of the second voting on Wednesday, October 6, Mrs Assan urged the Assembly Members to put their differences aside and vote for Mr Arthur after she went on her knees to plead with them.

She stated that their rejection of the nominee a second time will not bode well especially since they all want the growth and development of the municipality.

However, during the voting, the members still failed to affirm Mr Arthur as the MCE after some voted against him once again.

The nominee who needed 44 votes to secure the post only polled 40 votes out of 65. This is Mr Arthur’s second rejection.

However, the Assembly is set to cast their votes again after he was renominated by the President.