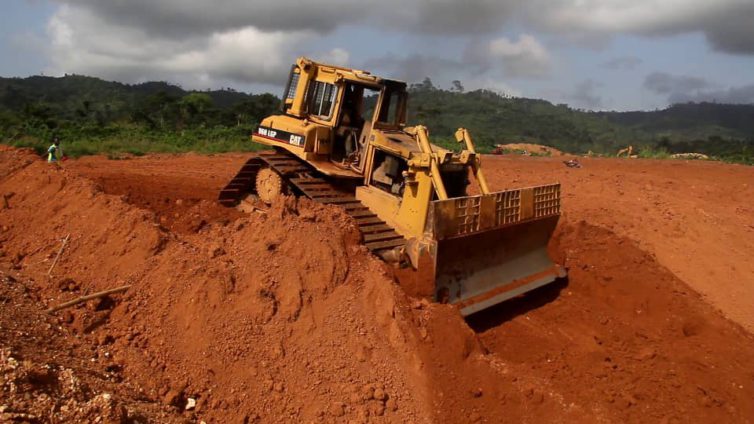 Small scale miners in the Amansie West district of the Ashanti region, together with the National Disaster Management Organization (NADMO) have started reclamation of degraded lands in the area.

About 50 acres of degraded lands will be restored to its original state by the miners.

This is part of the government’s measures to cover abandoned pits and address environmental challenges emanating from illegal mining operations.

The program, which started two weeks ago, includes trees planting and other projects for community members when completed.

Vice chairman of the Amansie West Small Scale Mining Association, told the media that all miners would engage in the exercise for effective completion.

Mr Joseph Mensah also advises the miners to be responsible in their quest to mine.

Illegal mining operations in the area have heavily degraded extensive areas of land and its cost to environmental damages amounts to millions of cedis.

The country’s land space is estimated at about 238,000 square kilometers. Between 50,000 and 60,000sq km, representing 1.5 per cent, is reportedly degraded by either illegal mining or other harmful environmental practices.

It is predicted that Ghana will see its natural resource base destroyed over the long term, with fewer opportunities to sustain growth and shared prosperity if the situation doesn’t change.

Chairman for the miners, Joseph Mensah makes a passionate appeal to members to abide by the regulations to protect the environment.

According to him, members who fail to abide would be prosecuted by the law.

The miners say they will ensure the lands are protected to avoid similar cases of degradation in future.

In September this year, the Minister for Lands and Natural Resources, said the government would begin a programme to reclaim and re-vegetate mined-out areas in the country.

According to Samuel A. Jinapor, the programme, “Reclamation of Degraded Lands”, which is to be spearheaded by the Ministry through the Minerals Commission, seeks to reclaim degraded lands caused by illegal mining.

DISCLAIMER: The Views, Comments, Opinions, Contributions and Statements made by Readers and Contributors on this platform do not necessarily represent the views or policy of Multimedia Group Limited.
Tags:
Amansie West District
NADMO
Small scale miners