Anti-LGBTQ Bill: We are making it a crime for anybody to attack any known gay person- Dafeamekpor 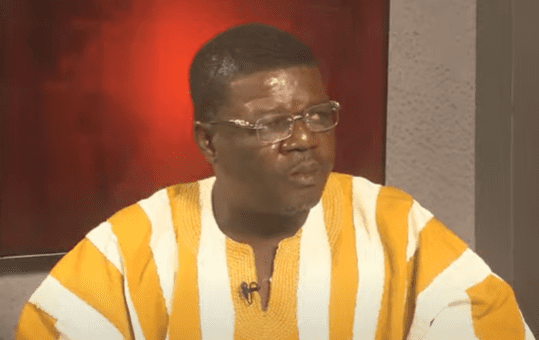 Member of the Constitutional, Legal and Parliamentary Affairs Committee of Parliament, Rockson-Nelson Dafeamekpor has dismissed notions describing the Promotion of Proper Human Sexual Rights and Ghanaian Family Values Bill as a hate bill.

According to Mr Dafeamekpor, such submissions by some individuals opposing the Anti-LGBTQ Bill hold no water as the bill in question has made provision for members of the LGBTQ community to be protected by the security services should they be threatened or harmed.

While interacting with Samson Lardy Anyenini on Newsfile on Saturday, the South Dayi MP added that if passed into law, threats and any form of attack against LGBTQ persons in the country will be criminalised.

“If you read clause 22 of the bill, we are actually making it a crime for anybody to attack as it were, any known gay person who may have been discovered. The bill is saying when a person is identified to be a gay or lesbian and is attacked, the person (attacker) commits a crime,” he said.

Per the Promotion of Proper Human Sexual Rights and Ghanaian Family Values Bill “A person accused of an offence or suffering from any gender or sexual identity challenge under the Bill should not be abused, assaulted or harassed whether verbally or physically.

A person who abuses, assaults or harasses an accused person or a person suffering from any gender or sexual activity identity challenge commits an offence under the Bill and is, on summary conviction, liable to a term of imprisonment of not less than six months and not more than three years.”

For Mr Dafeamekpor, such soothing portions of the bill that seek to eradicate a targeted assault, have been neglected by the opposition who have focused on limiting the bill to a homophobic kind.

“But the antagonists of this bill have refused to pay attention to that provision. They have glossed over it to say it is a hate bill and a homophobic bill.”

Wrapping up his submissions, the MP also refuted the allegation that such a provision is hypocritical on the part of its sponsors.

The South Dayi legislator’s comments come in reaction to concerns by Private legal practitioner, Akoto Ampaw who noted that members of the LGBTQ community cannot be assured protection when attacked as stated in the bill.

Speaking on JoyNews, Mr Ampaw, who is part of the Coalition of Lawyers, Academics and other Professionals that submitted a memorandum to the House opposing the current bill before it said: “the provisions which talk about providing protection and so on are hypocritical. Even our police, they will not be interested in that portion of the law. If the law says homosexuals are to be dealt with like the bill proposes and people beat them, I tell you, If you go and report to the police that you are a homosexual and you have been beaten, they will just look at you and say ‘go away’. That section of the whole bill is meaningless.”