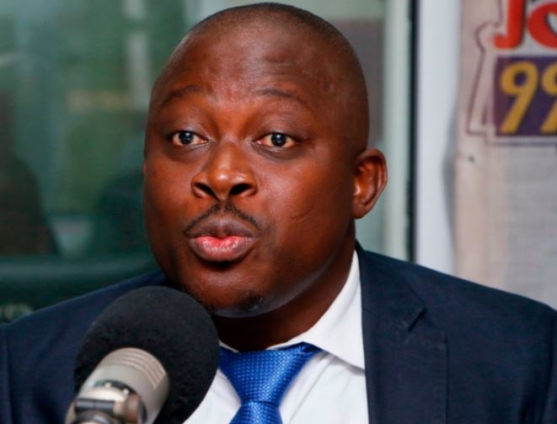 The Minority in Parliament has expressed disappointment and dissatisfaction over the Lands Minister’s report about findings of the Committee tasked to probe the Appiatse explosion.

Members of the Caucus have indicated they will soon conduct their own assessment of the incident that killed 13 people and rendered many other homeless.

Samuel Abu Jinapor revealed that Maxam, the company at the center of the explosion was culpable for the breach of six different regulations, including outsourcing the transportation of the explosives to an unlicensed company.

He, however, refused to publish the full investigative report, saying it will be more prudent to make public the report by the Prof. Amankwah Committee which addresses the teething challenges in the mining sector.

But a Member of the Mines and Energy Committee, Edward Bawa, has argued that the Ministry may be concealing some particular details about the whole incident.

“If you come and give me just the findings and the recommendations, and these are what you are telling me, what is the challenge in making that particular report public? The Ministry is not being transparent with us, the Ministry is simply hiding something that we are not too sure about,” the Bongo MP said.

He says the Minority will be assessing the scene of the explosion to ascertain what exactly led to the unfortunate incident.

“I had a conversation with some of my senior colleagues within the Committee who have been in the sector for a longer period than me. Indeed, we are contemplating actually going there ourselves. It’s basically to hear from the people themselves.”

“When we have the true account of the people who experienced the horror and we match it with the laws that we have, and then the fact that we have a superintending role over Minerals Commission and the Ministry itself, we can then call them,” he revealed.

Meanwhile, the Ministry has said a Health and Safety Committee of Inquiry has been established to review the entire health and safety regime of the mining industry, and make recommendations to Government, for legislative policy and other reforms.

The Committee will be submitting its report to the Ministry soon and the necessary recommendations will be implemented to make the industry safer and better.

DISCLAIMER: The Views, Comments, Opinions, Contributions and Statements made by Readers and Contributors on this platform do not necessarily represent the views or policy of Multimedia Group Limited.
Tags:
Appiatse explosion
Edward Bawa
Lands and Natural Resources Ministry
Minority in Parliament
Samuel Abu Jinapor