Augustine Boahen: Sunyani is fed up with the politics of deceit and lies 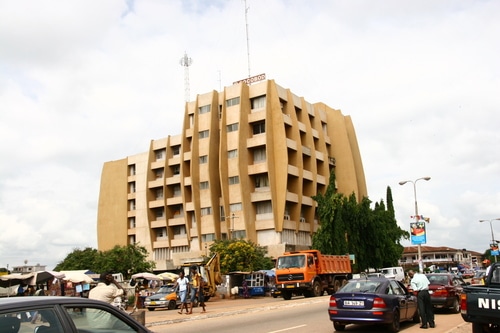 Every community or society trusts its leaders, be they political or social, to the extent that what these leaders tell the citizens are accepted, and their words are relied on.

If our leaders either renege on their promises or fail to fulfil their promises, then we can say without mincing words that they are either lying to us or deceiving us.

Sunyani, as a community has in the recent past suffered this politics of deceit and lies. These politicians will come to the town and make promises which they know will not be fulfilled or give a deadline that they know very well are not attainable.

I am writing this piece against the backdrop of the recent announcement that the contractor working at the Sunyani airport has packed his equipment and left the site and the reason given for his action is that he has not been paid for the work done.

This is ridiculous because the people of the town were promised that the airport rehabilitation would be completed in May. The importance of this airport to the economic and social development of the town in particular and the region as a whole cannot be overemphasized.

This is not the only time the people of Sunyani have been deceived and lied to. In September last year, Vice President Dr, Bawumia was in Sunyani to cut the sod for the construction and rehabilitation of 29 kilometre Sino hydro Sunyani town roads. It’s been 9 months now and not even a foot of the road has been constructed.

Other projects whose sods were cut elsewhere around the same time are progressing. What do these politicians think of the people of Sunyani? The Berlin Top road has seen at least four sod-cutting ceremonies dating as far back as the President Kuffour era, and yet not even a foot has been constructed.

The road in front of the Sunyani Regional Hospital was left undone for many years despite the numerous appeals from the people. The night before President Nana Akuffo Addo visited the town last year, the road was asphalted in the night for the President to use it the next day. Do we need the President to visit us so that we construct our roads under floodlights?

There have been numerous projects in the town that have been abandoned, and I hope these politicians will not start working on them when the next elections are around the corner. Enough is enough, and I call on those who have the interest of the town at heart to wake up and start talking because Sunyani has been abandoned in terms of developmental projects. Can someone point to a project in the town that was started in the last ten years and has been completed?

The two political parties have taken the people of the town for a ride. One party thinks that whether they undertake any project in the town or not, they are going to win the constituency during elections, whilst the other party thinks that, no matter what they do, they will never win the Sunyani seat so why bother themselves. With this, the town has been the backyard of the two political parties.

Talking about the development of the town, all our political leaders from the Regional Ministers (current and past), Members of Parliament, and other political leaders from the region should bow their heads in shame. At a point in time, the Deputy Minister for Aviation was from the region, and nothing was done to this airport. We have an MP who has been representing the town for over a decade and yet he doesn’t care about the development of the town.

As for the MP, the least said about him the better because he doesn’t represent the town, but rather, he represents himself. Here is an MP who doesn’t even want to sit down with the people of the town to talk about the development of the town.

In my last open letter to him, I asked the question whether we have an MP, and I ask the same question now. Many attempts have been made by groups and individuals from the town to meet the MP to discuss developmental issues and he has not responded to any of such invitations. I hope by the next elections, he will not try to reach out to the various groups in the town including Nananom.

We have a Chairman of the ruling party who hops from one radio/TV station to the next and yet he cares less about the development of his regional capital.

We have a Minister of State who has been a Municipal Chief Executive and a Regional Minister and yet the development of the town is not his concern. One would say that he is not the MP for Sunyani, that is true, but don’t forget that he has a business interest in the town so, if the town develops, it will affect him directly or otherwise.

The future belongs to the youth so let us rise and put pressure to bear on our leaders. We should not wait till the next election when these people will pretend they are working in the interest of the town.

The people of Sunyani need an explanation as to why the contractor vacated the airport project after two ministers of state assured us that the airport would be finished within months. There shouldn’t be that usual silence that has characterized abandoned projects in the town.

The politics of lies and deceit should be stopped and stopped now.

Contact the author, Augustine Boahen in Calgary, Canada via Osonoba58@gmail.com

DISCLAIMER: The Views, Comments, Opinions, Contributions and Statements made by Readers and Contributors on this platform do not necessarily represent the views or policy of Multimedia Group Limited.
Tags:
Augustine Boahen
Lies
Sunyani