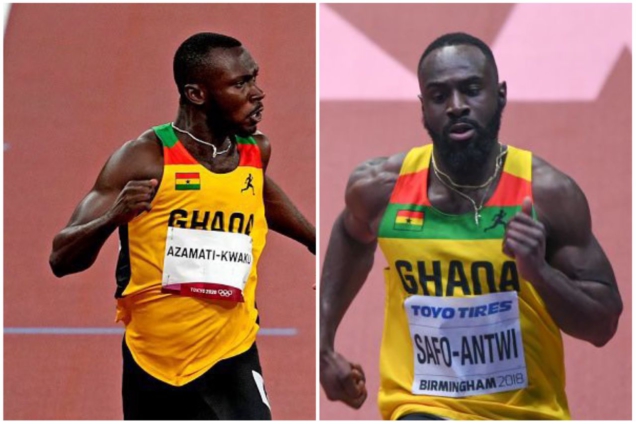 Benjamin Azamati and Sean Sarfo-Antwi are back in the trends.

This was after the duo’s electric performances during the 100m heat at the ongoing Commonwealth Games in Birmingham.

First was Ghanaian 100m record holder, Azamati, who won Heat 7 of the men’s race despite a shaky start to the event.

He qualifies for Semi-finals at #CommonwealthGames pic.twitter.com/rWfXOW6JC0

The sprinter finished first with a time of 10.19s to advance to the semi-finals of the 100m.

🇬🇭Sean Safo-Antwi finishes 4th in Heat 10,but is through to the semi finals

Safo’s 10.33s was one of 7 fastest times that pulled through via the non automatic qualifying route.

He finished behind Jerod Elcock, Emanuel Archibald and Stephan Charles but still qualified for the next phase.

The semifinals are scheduled for Wednesday, August 3.

Here are some reactions:

Benjamin Azamati didnt start well yet won the 100M heat 7 🔥 If he works on his start well, Usain Bolt’s Records will be shaking😂🔥

Sean Safo-Antwi who finished 4th in Heat 10 with a time of 10.33s has made it to the semis in the men’s 100m race in the Commonwealth Games.#CitiSports pic.twitter.com/HYJedxUKgA

Sean Safo Antwi finished fourth in his Heat with 10.33 and qualifies as one of the non automatic spots

🇬🇭 Benjamin Azamati starts poorly, but cruises past the field in the 100m heats to win. Even eased at the end. Too easy.

DISCLAIMER: The Views, Comments, Opinions, Contributions and Statements made by Readers and Contributors on this platform do not necessarily represent the views or policy of Multimedia Group Limited.
Tags:
Benjamin Azamati
Commonwealth Games
Sean Sarfo-Antwi