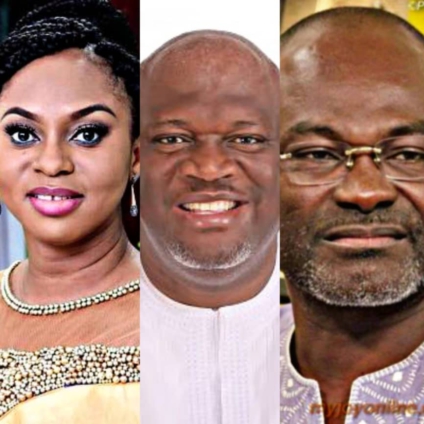 Speaker of Parliament, Alban Bagbin, has referred three members of the House to the Privileges Committee, for their continuous absence in Parliament.

Delivering his ruling on the floor of Parliament on Tuesday, Mr. Alban Bagbin explained that based on the relevant provisions of the 1992 Constitution and the Standing Orders of Parliament, the named NPP lawmakers are guilty of the absenteeism threshold for Members of Parliament.

Mr. Alban Bagbin also made reference to a previous ruling by the Court of Appeal in 2008, in the case of Professor Stephen Kwaku Asante versus the Attorney-General and three others.

According to him, the Court of Appeal ruled that, “the permission granted by the Speaker for a member to be absent from the proceedings of the House cannot exceed 15 days at any point in time. And that it is unacceptable for Parliament to [give] absence to a member for a period exceeding the 15-day threshold as envisaged under Article 97, clause 1(c) and the Standing Order of Parliament”.

But reacting to this ruling, the Minority Chief Whip, Mohammed Mubarak Muntaka disagreed with the Speaker.

In his opinion, the Speaker cannot on his own accord refer the said Members to the Privileges Committee.

According to the NDC lawmaker, if such a ruling is allowed to prevail, a problematic convention will be created for Parliament.

He, therefore, urged his colleagues on both sides of the divide to rally against the Speaker’s directive concerning the three NPP lawmakers.

“The danger, colleagues, as we sit in this chamber is this; if we allow Speakers to take petitions from outsiders and suo motu, [refer] members of Parliament to it, colleagues, we’ll be doing ourselves a great [disservice].

“Because we will one day get a dictator Speaker who will simply take statements from outsiders and begin to penalise individual members of Parliament. It is on this basis that I call on all of us, to resist the attempt by Mr. Speaker to refer our colleagues to the Privileges Committee”, he stated.

In a related development, the Supreme Court has set April 13, 2022, to deliver its ruling on whether Assin North MP, James Gyakye Quayson, should be stopped from performing Parliamentary duties.

A Cape Coast High Court in July, 2021, nullified the election of Mr. Quayson after it discovered that he owed allegiance to Canada at the time of filing his nominations to contest the polls.