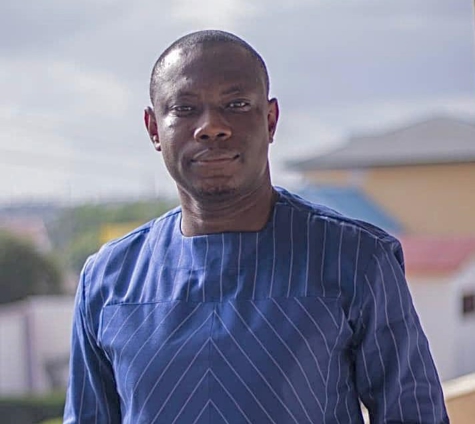 A sports pundit on Nhyira FM, Austine Woode has admonished the Ghana Football Association to ban FIFA referee Daniel Laryea for his poor officiating in the Asante Kotoko-Ashgold game in Obuasi last Sunday.

The match day 28 game was also a regional derby played on Sunday.

Asante Kotoko who were 2nd placed needed a win to leapfrog arch rivals Hearts of Oak to reach the summit of the Ghana Premier League table.

However, Daniel Laryea, considered the best referee in Ghana, made some errors which has got some sports enthusiasts worried.

“How can someone considered Ghana’s best make such elementary errors and still get away with it?” Austine quizzed.

“If Daniel Laryea is Ghana’s best referee, then we are doomed. How can a referee refuse to show Ashgold goalkeeper Yaw Mensah a straight red card after he glaringly handled the ball outside his penalty box to stop Kotoko captain Emmanuel Gyamfi from going past him?” the livid pundit retorted.

TV replays of the incident showed the Ashgold goalkeeper handling the ball outside his penalty area but Referee Daniel Laryea and his assistants failed to give Kotoko an indirect free-kick and a red card to the goalkeeper for that offense.

Speaking on Nhyira Power Sports show, Austine Woode said he could not see the mistakes by Daniel Laryea as genuine human errors because the rules were clear and the referee and his assistants who were close to the action cannot say they also did not see it when the Kotoko players even drew their attention.

“Another shocking decision by the referee was in the 90+3mins when AshantiGold’s Esso was fouled around the center circle by Kotoko defender Christopher Nettey. The referee after awarding a free kick to Ashgold, saw Esso push Nettey down but referee Daniel Laryea instead of showing Esso a red card for violent conduct, rather warned Nettey to be disciplined,” he said.

“I have never been shocked by such blatant disregard for the laws of the game like I saw from Daniel Laryea at Obuasi Lenclay Stadium and will appeal to the GFA to tell Referee Laryea to step aside from the upcoming matches before the match review panel concludes investigations” Austine said.

The sports pundit also advised Kumasi Asante Kotoko to immediately report the abysmal performance of the referee to the GFA for sanction.

Speaking on the program, PRO of Ashgold, Kwame Karikari said it was wrong for Austine to suggest the referee went into the game with the intent to cheat Kotoko.

He believes the referee rather had a bad day as Ashgold also deserved the award of a penalty in the first half of the game.

The game ended Kotoko 1-0 Ashgold after a first header from Brazilian Fabio Gama gave Kotoko the lead and win.