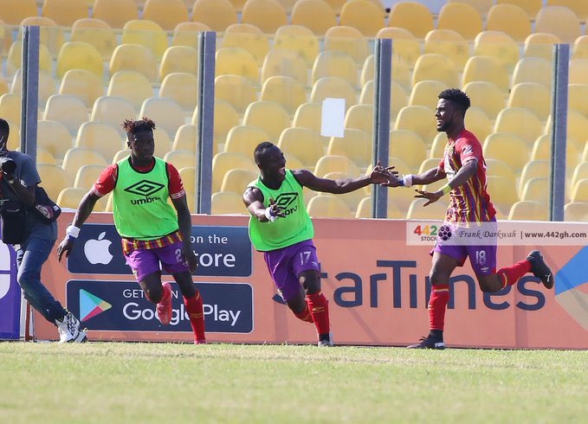 The Vice President of Ghana, Dr. Mahamudu Bawumia has congratulated Accra Hearts of Oak for winning the 2020/2021 Ghana Premier League and Bibiani Gold Stars for qualifying to the premier league for next season.

The Phobians ended their 11-year trophy drought after drawing 1-1 with Liberty Professionals to confirm their title success after close contenders Asante Kotoko lost 2-1 to Bechem United.

In the lower tier, Western-North side, Bibiani Gold Stars made history by gaining promotion to the topflight for the first time in their history.

The Vice President, an avid football fan, took to his Facebook page to immediately congratulate the two teams for their feats.

With the world’s attention on the finals of the European Championship between England and Italy, Dr. Bawumia reminded his social media followers how important the achievements of the two are.

He added: “To Bibiani Goldstars FC, I congratulate you on your historic qualification from Zone Two of the Division One League to the Premiership.”