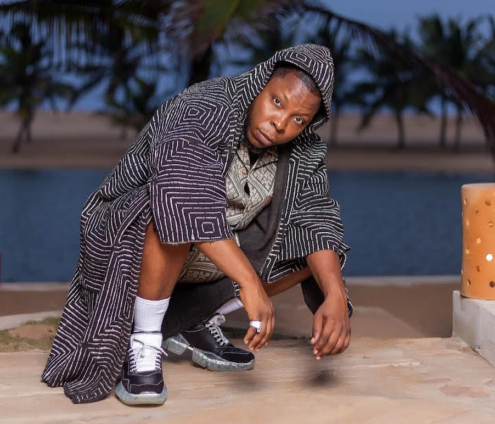 Ghanaian rapper and singer Edem says he is unperturbed about making people uncomfortable just because he is different.

This comes after a fan asked the rapper why he no longer releases rap songs as he used to during his early days in the music scene.

Fusing a little patois with English, he said: “Being different has made you people uncomfortable but me dey ah suh,”

He quickly asserted that people are set to believe that musicians are supposed to sing/rap in a particular way to appeal to music listeners.

“People have been programmed to think that, if you be artist, you far pass this way,” he told Andy Dosty on Daybreak Hitz.

Furthermore, the ‘Toto’ singer claimed that music genres were “created by record labels and radio stations to categorize music”. However, his craft and abilities are beyond “classification”, because they are “God-given”.

Edem also averred that his talent is not restricted to only rapping or pursuing a single genre of music, unlike some artists who were rapping, and are still rapping to this day.

“People dey rap from the time I dey rap and them still dey rap up till today, them no go fit sing. If them go fit, like them do am,” he said in Pidgin English.

In his quest to buttress his point, he cited examples of artists who pursue a particular type of music because that is what they are good at — and what they are known for.

Meanwhile, Edem claimed that rap music has never paid him — and that is why he felt the need to exhibit his singing abilities and pursue other commercial music genres, because “man must eat”.

DISCLAIMER: The Views, Comments, Opinions, Contributions and Statements made by Readers and Contributors on this platform do not necessarily represent the views or policy of Multimedia Group Limited.
Tags:
Daybreak Hitz
Edem
Hitz FM