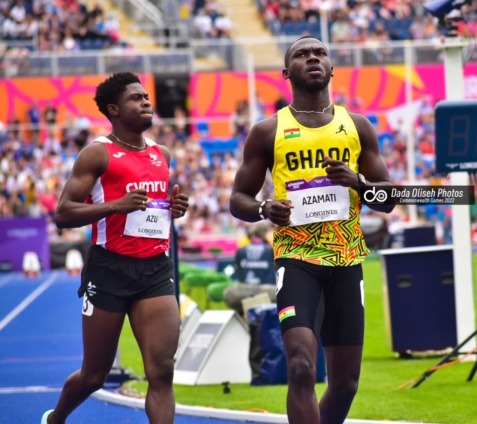 Benjamin Azamati has qualified for the men’s 100m final at the ongoing Commonwealth Games in Birmingham, UK.

The Ghanaian finished third in heat three of the semi-finals with a time of 10.18s and qualified for the final via a non-automatic qualifying slot.

How 🇬🇭 Benjamin Azamati qualified for the final of the 100m men's event at the #CommonwealthGames2022.

Azamati will be in lane one for the final which takes place later tonight at 20:30GMT. The 24-year-old will compete against the likes of Akani Simbine, Ferdinand Omanyala and Yupun Abeykoon.

🇬🇭 Benjamin Azamati will run in Lane 1 at tonight's 100m final of the #CommonwealthGames2022.

Unfortunately, Sean Safo Antwi missed out on the final after finishing fifth in heat two of the semi-finals with a time of 10.36s.

Azamati is one of four Africans who will participate in the final of the men’s 100 event.

The Africans in the 100m final of the #CommonwealthGames2022: