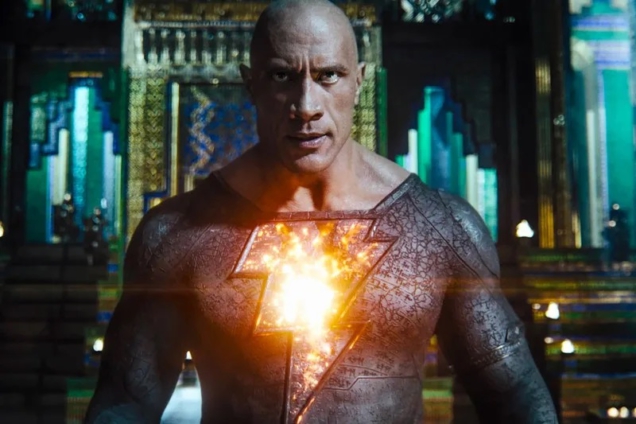 In a clip, the professional wrestler-turned-actor revealed that the film which has earned over $378 million globally has now soared to the #1 stop on iTunes.

Going on to talk about the success of the film, Johnson discusses how the “hierarchy of power” has changed at the DC Extended Universe, thanking fans for coming along on the journey.

Interestingly, Johnson goes on to outline how he plans to further cement the Justice Society and establish Black Adam as the “most powerful, unstoppable force.”

Building on his earlier notes about how he has “fought for years” and continues to push to bring back Henry Cavill as Superman. Going on to reveal that Warner Bros. was reluctant to have Cavill return, calling the decision inexplicable and inexcusable.

“It’s been years and years of strategic conversations about bringing Henry Cavill back, and we refuse to accept failure, let the greatest power and greatest hero be absent, and then try to build the DCEU. Irrational thing, totally impossible.

“That’s why we tried so hard to bring back Superman, there was no one else but Henry Cavill, the greatest Superman of our generation, and I have a lot of respect for the rest of the cast, especially Christopher Reeve, but in my mind, Cavill is still the greatest Superman.”

Dwayne Johnson now believes that DC Films and Warner Bros. Pictures can now construct the DCEU in the right direction after placing James Gunn and Peter Safran as co-CEOs of DC Studios.

Sayin’ thank ya so much from my ol’ pick up truck for all the amazing #BlackAdam support and reactions
#1 movie on iTunes 🔥
We’ll remain in theaters as well throughout the holidays 🎅🏾⚡️
Also wanted to give ya some #Superman info 👊🏾
Happy 🦃🍿 pic.twitter.com/WyGa49J7Dr

DISCLAIMER: The Views, Comments, Opinions, Contributions and Statements made by Readers and Contributors on this platform do not necessarily represent the views or policy of Multimedia Group Limited.
Tags:
Black Adam
Dwayne Johnson
Henry Cavill
Superman