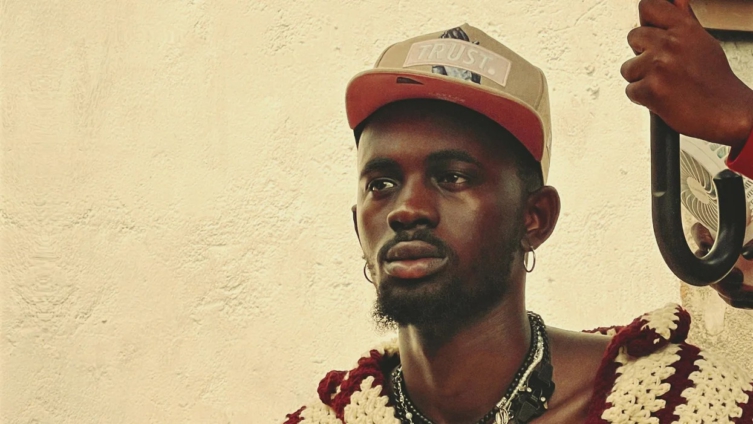 Black Sherif has denied claims that he turned down a request from Nigerian Afrobeat star, Davido, to collaborate on a remix for his hit single ‘Kwaku the Traveller’.

This comes after a post was widely circulated on social media purported to be written by the rapper on his Instagram stories.

“I don’t know why this guy and his team keep disturbing me for KTT remix, I’m not interested!! I’ve told you and it is the same thing I’ll tell your team! I don’t need someone to use their voice to spoil my song for me. Keep Streaming KTT! Out on all platforms,” the post read.

Sharing it on Twitter, one user claimed it was a reply to Davido after the ‘If’ hitmaker reached out to Black Sherif for a remix of Kwaku The Traveller.

However, responding to the tweet, the rapper stated that the screenshot of the post purported to be written by him is fake.

Black Sherif could not fathom why people would make such claims.

“This is so FAKE Brother, Why will you do this?” he quizzed.

Black Sherif’s hit song ‘Kwaku the Traveller’ has been on streaming and social media platforms ever since its release on Wednesday, March 30.

It became the first Ghanaian song to hit number one on the Top 100 Apple Music Chart in Nigeria.

On AudioMack, Black Sherif was among the most streamed Hip-Hop artists. He was ahead of Kodak Black, Lil Durk and JUICEWRLD.

According to Shazam, Kwaku The Traveller became the most searched for song in the week of April 9.

Currently, it is number one on YouTube’s trending music list and the audio has garnered about 2.6 million views on the platform.

DISCLAIMER: The Views, Comments, Opinions, Contributions and Statements made by Readers and Contributors on this platform do not necessarily represent the views or policy of Multimedia Group Limited.
Tags:
Black Sherif
Davido
Kwaku The Traveller