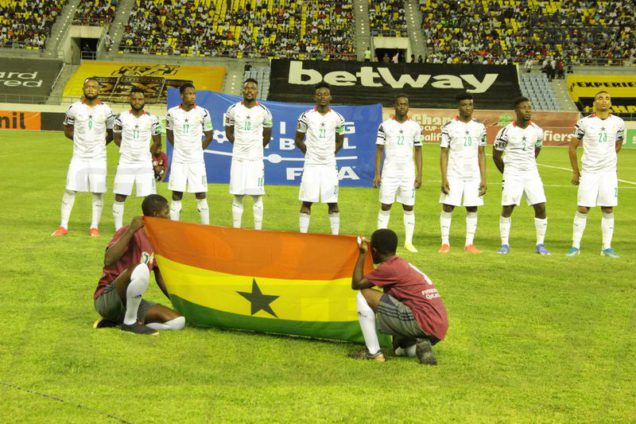 Assistant coach of the Black Stars George Boateng, is confident in the team’s chances of featuring in the 2022 FIFA World Cup.

After missing out on the 2018 edition, the Black Stars face a daunting task of returning to the continental showpiece. In February, an emergency revamp of the team’s technical body which features George Boateng, was announced following the dismissal of Milovan Rajevac.

While preparing for his first assignment with the senior national team, Boateng has bet on the Black Stars, indicating they are ‘well placed’ to play in a fourth world tournament.

“Ghana is well placed to qualify for the World Cup in Qatar and as a team, we are putting in place a solid plan to come out victorious. We respect Nigeria because they have good players however, we also have some top quality players who are well capable of competing against Nigeria. We are much looking forward to add to our last three world cup appearances and we know it is time. I’ll like to ask all Ghanaians to put their weight behind the team in the crucial moment,” Boateng was recorded saying.

The GFA are yet to announce the list of invited players for the play-off. However Jordan Ayew, Kamaldeen Sulemena and Baba Rahman are amongst players set to miss out for diverse reasons.

Andre Ayew and Benjamin Tetteh are both unavailable due to suspensions.