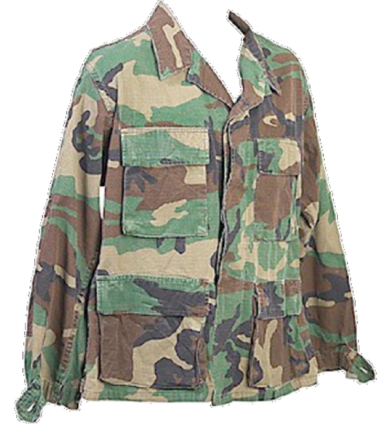 When I heard the news, I asked myself, can this be true? A Warrant Officer Class One (WO1) of the Ghana Armed Forces (GAF) in uniform with Ghana’s Coat of Arms on his right wrist indicating his rank, slapped, beaten and handcuffed in broad daylight by five National Security personnel?

As I thought about this, my mind went to Shakespeare’s play Macbeth. Lady Macduff was advised to flee with her children to avoid being murdered.

She answered, “Whither should I fly? For I have done no harm. But I remember now, I am in this earthly world, where to do harm is often laudable. To do good, is sometimes accounted dangerous human folly. Why then alas, do I put up that womanly defence to say, I have done no harm?”

Shakespeare simply restated man’s inhumanity to man in the statement “to do harm is often laudable!”

Human beings inflict pain and humiliation on others for no sensible reason but to show power. Such perpetrators do so with impunity because, they believe nothing will happen to them. A WO1 was beaten for causing no harm!

During my sojourn outside in 2017, a foreign retired General friend called to find out if I had seen the video clip of the gruesome murder of a Ghanaian Army Captain by some villagers. After expressing his disbelief and shock, he angrily asked me, “is that wicked village part of Ghana?” Three years after the murder of the officer by villagers of Denkyira-Obuasi, the case is still in court.

But the sword of Damocles hangs over that village!

On Wednesday, November 25, 2020, WO 1 Mashud Salia was driving to Michel Camp, Tema. When sirens from Toyota land cruiser V8 started wailing for lesser mortals to get off the road, try as he did, the WO could not go off the congested road.

He was pulled out, slapped, beaten, handcuffed and then driven to Michel Camp.

In February 2020, I was driving from Burma Camp to the nearby Air Force Officers’ Mess near El Wak Stadium.

Three speeding V8s with sirens wailing caught up with me when I was on top of the overpass bridge. Since I was in the slow lane, they could easily overtake me on the left, but no!

Knowing their modus operandi of crossing drivers, I stepped on my brakes seconds before the first V8 crossed me.

But for my anticipation, I would have hit him as he planned. As for the consequences, it could have been the same as WO Salia’s. Maybe, after slapping and beating me, they would have with impunity dumped me at the Military Police Check Point at Burma Camp.

On Saturday, November 28, 2020 at Michel Camp, a top government official is said to have compounded the problem at a durbar with troops by condescendingly offering to give soldiers rice, oil and drinks for Christmas. Naturally, this insult did not amuse troops.

The general feeling was that, while politicians may be entitled to disrespecting the Military, soldiers will not accept being insulted, and then treated as one would do to children, by giving them “toffee” to show remorse after unjustifiably beating them.

The angry soldiers were also told to forgive and forget!

While driving in uniform to Ghana from Northern Nigeria about twenty-five years ago with my wife, my car had a mechanical problem in a remote area between Abuja and Minna.

The driver of a speeding car which passed us braked hard and reversed. The gentleman left two colleagues with us and drove back twenty kilometres to bring a mechanic to fix my car.

The Good Samaritan said he only stopped to assist because of my uniform!

On the eve of July 4, 2020, passengers boarding a flight to North Carolina to celebrate America’s Independence Day were upset when they were told their flight would be delayed.

Amid the grumbling, the captain of the flight came on air and apologised for the delay. He then explained that they were delayed because they were getting a special passenger on the flight…the body of a soldier who had been killed in Afghanistan, and was being returned to his family.

With that there was absolute silence followed by copious expression of gratitude to the soldier and the military for their sacrifices.
Is our case one of a prophet not respected in his own country?

The military uniform is an important symbol of the state’s authority. Attacking a soldier is an attack on the State. This must not be countenanced in any civilised country!

Finally, as I stated in an earlier article, giving the CDS and IGP security of tenure will be good for Ghana’s security, as it allows them independence to be professional, and not feel appendages to any government!