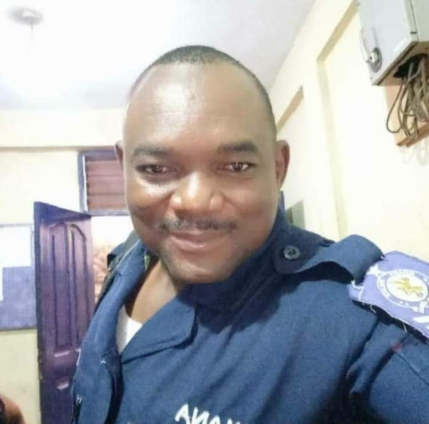 The incident according to a police report occurred around 8pm on Monday.

Eyewitnesses say the unfortunate incident occurred when the moving truck loaded with cartons of playing cards and lighter was heading towards Ouagadougou from Tema.

The vehicle veered off its lane at Kadelso barrier in the Kintampo Municipality of the Bono East Region and fell on the officer.

The officer was rescued and rushed to the Buipe Hospital where he was pronounced dead.

The driver Kagambega Zacharia is currently on the run, however, the vehicle has been impounded by the police.

The body has since been deposited at the Kintampo Municipal Hospital morgue for autopsy.