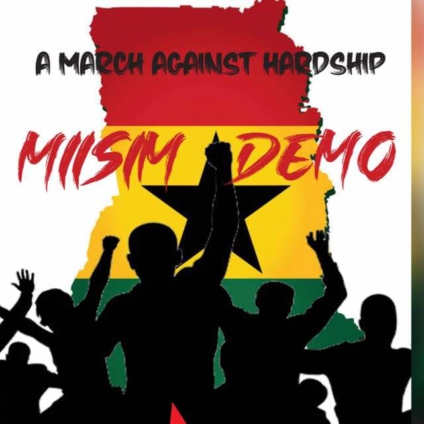 A pressure group, the Coalition of Progressive Forces in Northern Ghana has postponed its intended demonstration in Tamale over the prevailing hardship in the country.

The MIISIM demonstration which was slated for August 20, 2022 has been postponed to 3rd September, 2022.

This, according to the group, is due to the loss of two illustrious sons who occupied important positions in the circles of leadership in the Dagbon Kingdom.

According to them, “as citizens and residents of Dagbon, and as custom demands, we must all mourn with the King and people of Dagbon in these times of sadness.”

“We could never have said to have permission to stage the demonstration on the 20th until we consulted and gained the permission of leading chiefs of Tamale. The chiefs we consulted gave us their blessings without hesitation. And for that reason, we cannot come out on the streets of Tamale to sing and play songs, beat drums and chant slogans whilst the same chiefs are in a state of mourning,” said MIISIM.

They urged the teeming youth and stakeholders to “get their red attires ready and let them spread the word to all and sundry so that come the d-day, it would be red all over Tamale.”

DISCLAIMER: The Views, Comments, Opinions, Contributions and Statements made by Readers and Contributors on this platform do not necessarily represent the views or policy of Multimedia Group Limited.
Tags:
MIISIM demonstration
Tamale