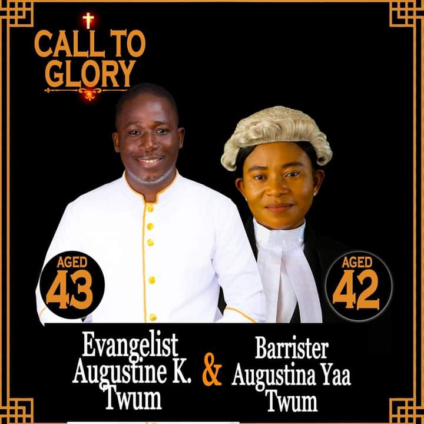 A couple died in a ghastly accident at Konongo -Odumasi Three Line in the Ashanti Region.

The deceased have been identified as Evangelist Augustine K. Twum and his wife, barrister Augustine Yaa Twum.

Reports indicate the accident was a head-on collision between the Toyota Corolla and the truck. The Toyota Corolla, which was travelling from Accra to Kumasi made a wrong overtaking and crashed into the truck which was from the opposite direction.

The Konongo fire station officer, Anthony K. Barnes, also revealed the bodies have been deposited at the Yawkwei Steward mortuary.