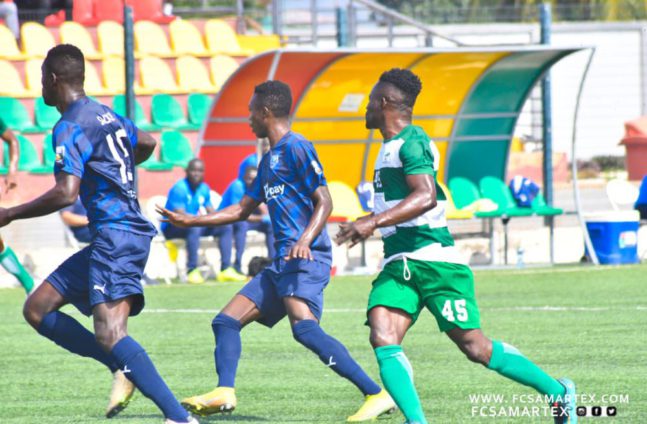 Accra Lions played RTU in their final group fixture with the top spot of Group B at stake, as both teams were leveled on points prior to the fixture.

However, the game, which was played at McDan Park saw Lions beat the Tamale-based side with a 2-1 scoreline.

Frederick Asante opened the scoring after just 10 minutes into the game. The forward converted from the penalty spot after Lions were award a penalty for a foul in the box by RTU.

But a well-struck free kick by Prince Atta Antwi saw RTU get back into the game with the first-half ending in a stalemate.

A goalkeeping error from the RTU shot-stopper presented Asante with an opportunity to score his second of the game.

The player once again made no mistake from close range, making light work of the goalkeeper before slotting the ball into the net.

In the other game, Samartex defeated Arsenals by two goals to nil to ensure a second place finish and advance to the semi final of the competition.

On Wednesday, Tema Youth will go head to head with Samartex in the first semi final game, with the game taking place at the Madina Astro Turf.

Accra Lions will also hot Skyy FC in the other semi final game at the same venue later at 15:00 GMT.