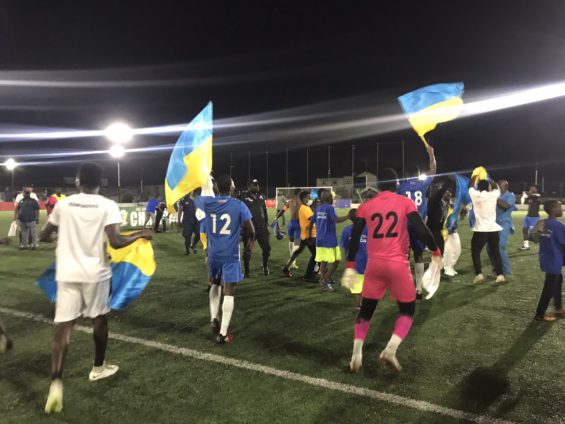 Head coach of Skyy FC, Abdul Malik Mohammed, believes winning the maiden edition of the Division One League Super Cup will be a stepping stone to help his side gain promotion to the Premier League next season.

Skyy FC were crowned champions after beating Tema Youth 7-6 on penalties on Saturday at the Madina Astro Turf.

The Super Cup, which was put together by the Ghana Football Association, brought together eight of the best Division One clubs in the country.

Coach Mohammed was pleased with his side’s triumph especially because it was on the eve of his birthday.

“I feel very elated. Tomorrow is my birthday and the boys have given a very big present with this victory. Winning this trophy serves as motivation for us,” he told Joy Sports.

Skyy FC came close to promotion to the top flight last season after they finished as runners up in Zone Two of the Division One League.

Mohammed is confident that this win will boost their hopes of securing promotion next season.

“This win will motivate the boys to perform even better than they did here next season. The players wanted to win this so they will believe they are ready to compete at the top. Winning this trophy clears the way for us in Division One for us to reach our destination which is the Premier League.”

Skyy FC will look to secure promotion when the Division One League kicks off later this month.