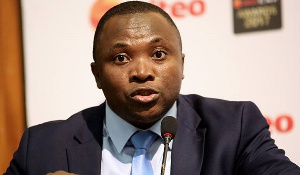 Former Communications Director of the Ghana Football Association, Ibrahim Sannie Darra has urged Black Stars players who get the chance to represent the nation at the Qatar FIFA World Cup to donate part of their appearance fees to those who played in the qualifiers but failed to make the final squad.

He said this will serve as a goodwill gesture.

Ghana used about 40 players during the qualifiers to the Qatar 2022 World Cup.

But with some five players recently switching nationality to play for Ghana and others like Chelsea’s Callum Hudson Odoi and Arsenal’s Eddie Nketiah waiting to follow suit, there are concerns some players that took part in the qualifiers may not make it to Coach Otto Addo’s final squad.

Concerns have been raised by a section of Ghanaians that it will be unfair to bring on board new players to represent the nation at the expense of those who toiled during the qualifiers.

Speaking on Luv FM on Tuesday, Sannie Darra acknowledged the fact that players who participated in the qualifiers had already been rewarded for their efforts.

“It is a fact that those that played in the qualifiers may have been rewarded with winning bonuses and all that but the key thing is that people will say when you go to the World Cup, they give you appearance fees which is true,” he observed.

The former FA Communications Director, however, noted that to avoid any bad feeling among players who took part in the qualifiers but may miss selection for the final tournament, the skipper of the team can implore players in camp to contribute part of their appearance fee as a goodwill gesture to be shared amongst them.

“Even though it is not cast in stone, as a mark of goodwill or as a good will gesture, it will be nice for the captain of the team, Andre Ayew, to say that hey guys, we are going to this tournament and we need the support and backing of everyone. There are some of us who helped us to qualify who are not here and there are some of us who did not play but are here. It would be prudent and nice for us to say let’s contribute, if it is $10,000.00 or $5,000.00 each, whichever amount they all agree to let’s put it together and let’s give it to them. I think that will be something nice, a good gesture and good will that will bring the spirit of love to the entire team. And even if the public hears this it will be a good omen and a good image for the team,” said Sanni Daara.

Ghana has been paired against Uruguay, South Korea and Portugal in Group H of the mondial slated for November in Qatar.