Doreen Avio: Co-hosting the KiDi-Kuami Eugene Concert at the 02 Indigo Arena – My experience 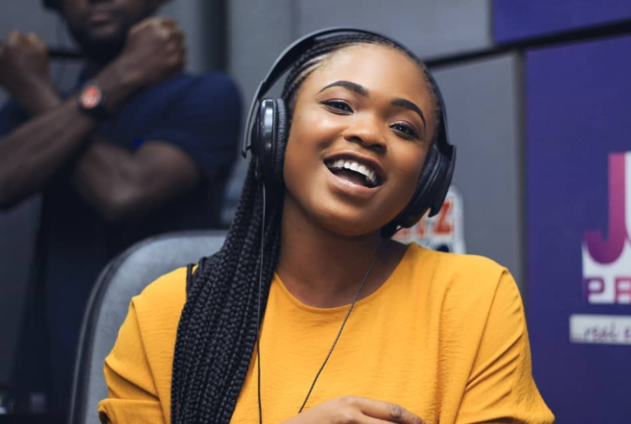 It all started when I was very stressed and busy with work. Then I started getting messages from some people congratulating me. As a result, I went online only to see that I had been announced as one of the hosts for KiDi & Kuami Eugene’s Concert at the 02 indigo Arena.

Then I said to myself, ‘Wow!” At that point, even though I was going about my normal duties at work, I will smile a bit and cry a bit.

I went home and told my husband and kids. My husband said “This is great news babe”; with smiles. Then he congratulated me. Afterwards, I called my parents in London to inform them about it. They were equally happy and told me they will be expecting me.

However, it felt like it was a lot to handle at that point. Remember I had already hosted the Ghana Party in the park in July, and went back in October to host the Red Carpet for the Ghana Music Awards in UK.

It was a tight one for me; juggling work, family and the thought of going to host a concert at the O2 Indigo on the 6th of March.

I called a few people to help out with outfits but many disappointed. In the end, it wasn’t disappointing after all, as I got some stuff before I left.

Arriving in London
I left Ghana on the 27th, and arrived on the 28th of February. I was so tired and weak from work. Our flight was delayed but in all I arrived safely. I went straight home and met my family. As usual, I had a good chat with my Dad before he stepped out.

I decided to use Monday and Tuesday to get some rest. The real deal started on Wednesday where I joined KiDi, Kuami Eugene and others for rehearsals. It was beautiful to see how ready these young men were to give out a good show. By Friday, tickets were sold out and now it was just preparations for the main night.

London weather
“Ei … who sent me oooooo (laughs)”. I had been in London during summer and around December. It was cold but March weather is something else. I wore everything but it was so so cold. I met a few people who said it was better than February and January.

Consequently, I had to adjust as there was nothing I could do about it. The weather was piercing; making it so hard to walk around or visit people.

If you have been there you will understand. And oh, I saw my name at the O2 Indigo Arena. I mean a poster of both artistes; with my name and Adesope on it. It gave me so much joy.

Day of Concert (6th March)
On the day of the event, I woke up to eat gari and okro stew, while waiting for my make up to be done. In all, a lot was going through my mind. Listen, I was nervous and had butterflies in my tummy. I just had to calm down and wait to get the work done.

Apparently, I was not the only nervous one. I heard KiDi and Kuami Eugene also talk about how nervous they were ahead of the Concert. That calmed me down a bit.

The concert started with some great upcoming artistes; with DJ Speech behind the turntables. Then Adesope came on stage; did his thing and introduced me on stage.

Though I’m not good at dancing, I tried a few dance moves which got the crowd shouting, and that marked a beautiful welcome. I introduced myself and trust me, I think London loves me. This was because, they responded to me every time I said something.

It was now time to hype the crowd a bit before KiDi and Kuami Eugene finally came on stage. I have not been a hype woman; but guess what, “hahaahaha”. I had to do it and it felt so good on Joey B’s Tonga.

Performances
“Wow … wow … wow” was all I kept saying. Kuami Eugene started the show and you should have heard the crowd. Fans, friends, listen; the crowd sang and danced along, while he did his thing on the stage with the band and DJ Vyrusky.

Then the ‘Girldem Sugar’ came in and that was another sight to behold! ‘Ei’,ei , London loves the boys. When Kidi started, you should have seen how the girls were all screaming and wanting to touch him so badly. Guess what? They eventually did touch him and he equally did a good job!

Kidi and Kuami Eugene sold out the O2 Indigo Arena with a capacity of about 2,700; and the energy the two artistes expended on the stage, was just beautiful.

Then came the turn of the two artistes, who came to support KiDi and Kuami Eugene. Kwabena Kwabena started and “wow”, the crowd literally took the song and sang till the end!

Then Stonebwoy came in with ‘Putuu’; followed by Sarkodie, with his ‘Adonai and Azonto’. The Nigerians were not left out, as Patoranking and Mayokun showed their support as well.

This is also to let you know that, the performances were live, no miming matter. They sang their songs!

At this rate, I was so tired in my high heels; having to film and get interviews from artistes, so I could share to Joy Entertainment. As you know, at Joy Entertainment, “We are large and in charge!”

It’s never easy, but the work must always be done. I spoke to Sarkodie, Patoranking and Mayokun and they all expressed excitement at the sold out show, and hoped to see more.

Good job to the overall DJ of the Ghana DJ awards, DJ Vyrusky for a good job. He stood on his feet to ensure that all performances were done the right way.

How could I forget about Angela Mensah? I never saw her sit from day one. She started all this and made sure of a successful show. She made sure I was comfortable backstage and on stage.

From my outfits to my shoes and going on stage. She did same for everyone and she was great. Now if you’re wondering which Angela it is, this is the same ‘Angela’ Kuami Eugene sang about. She is the beautiful sister of Richie and Albert Mensah.

A very big ‘thank you’ to all the amazing people from Ghana who went out of their way to make sure I was ready for the Concert.

All in all, it was a sold out show. Let’s continue to encourage and support our artistes to do more of these events; and artistes should also learn to support one another wherever they find themselves in the world.

This will go a long way to push our music to every corner of the world.