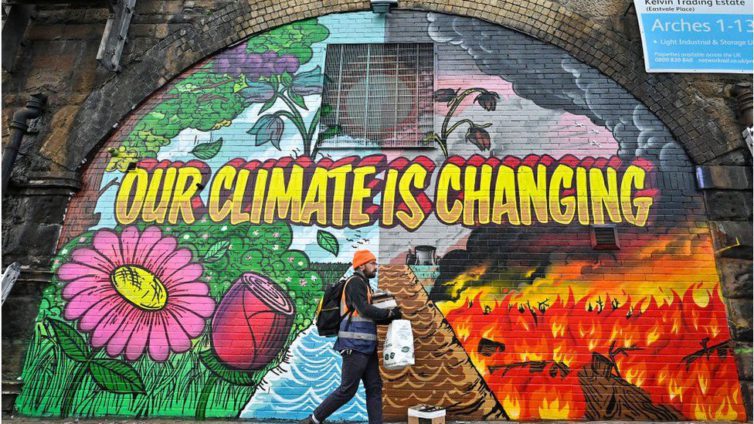 Hosting about 35 of the 41 least developed countries globally, economies in Africa depend largely on climate-sensitive sectors, such as agriculture, forestry and fishing, which increase their vulnerability to climate change. But, again, poverty, low adaptive capacity, low adoption of technology and conflicts, exacerbate climate change impact on the continent.

Over 50 of the African labour force are employed in the agriculture sector and depend largely on agriculture as their main source of livelihoods and food security. The projected impact of climate change on agriculture in Africa will have dire and adverse consequences on the livelihoods of these people and their households.

Already, the support of the agriculture sector to economic growth through the gross domestic product (GDP) has dwindled in Africa, and the trend is likely to continue if concrete and robust measures, particularly sustainable adaptation practices, are not urgently implemented. It is reported that Africa loses about $520 million annually to climate change, even though the continent contributes less than 3% to the global emission of greenhouse gases, such as carbon dioxide, methane, and nitrous oxide. For African economies to mitigate the impact of climate change and enhance their development, an annual investment of about $7 – 15 billion is required, hitting about $35 billion by 2050, which is currently lacking.

The Conference of Parties (COP) of the United Nations Framework Convention on Climate Change (UNFCCC) offers a window of opportunity for African governments to amass a strong voice for global actions towards climate change, especially in Africa. The COP seeks to increase global consensus and commitment to climate change mitigation, adaptation and financing.

While the UNFCCC is built on the sustainable principles of equity (inter-generational, intra-generational and procedural), in practice, procedural equity is loosely implemented at the COP since critical stakeholders, such as African farmers, are hit hard by climate change, are excluded from active participation in negotiations. In addition, the African continent is already battling climate change impact, which adapts a priority on the continent. However, until the Paris Agreement in 2015, climate change adaptation remained low on the global agenda at the COP, which disadvantaged the potential of the African continent to garner global support to address climate change.

With barely a few days to COP26 in Glasgow, UK, African governments must collectively garner momentum and have a stronger common voice to negotiate at the COP. Their voice must replicate the voice of the many vulnerable populations in Africa. It is said that “the voice of the people is the voice of God”.

The common voice of the African people, especially smallholder farmers who are the frontline victims of climate change but contribute to about 80% of food production in the continent, is the quest for robust and resilient adaptation interventions necessary to boost their capacity to respond to climate change effectively. Individualist and state-centric tendencies should be eschewed by African governments to drive concrete support for the continent. Such an approach will increase pressure on global leaders to respond to the challenges of the continent.

Already, there is evidence that the promise made by developed economies to mobilize $100 billion annually to support adaptation and mitigation of vulnerable regions is either not forthcoming or fully fulfilled. This should serve as a strong basis for African governments to pressure global leaders to show a strong commitment to addressing climate change, of which they are the major polluters. For instance, China, the US, India, Russia, and Japan contribute to about 80% of global emissions.

It is a known fact that African states cannot individually aggressively compel the developed economies to commit to and fulfil their promise of addressing climate change impact on the continent. This is because African states have loosely transferred the ownership of their important natural resources and the associated benefits needed to spearhead development on the continent to foreign powers even in their own environment.

How much more can they compel developed economies of which they have no control? Therefore, it is critical and urgent that African governments go beyond their individualist tendencies to amass a strong voice for climate change adaptation at COP26. Negotiations tailored to increasing climate financing and improving access to funds among African economies should be paramount to African governments.

Another important thing is that developed economies should demonstrate how they have cut down their carbon footprints post-Paris Agreement, which will be an important condition for negotiations at COP26.  African governments must also negotiate on emerging technologies for climate change and how they can be transferred to Africa at a relatively low cost. These steps will be instrumental in addressing the heightened climate change vulnerability on the continent.

The writer is with the University of Environment and Sustainable Development, Ghana.