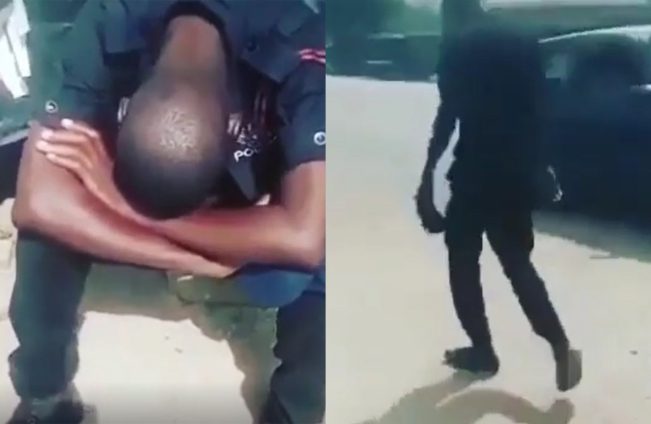 A Police officer seen in a viral video purportedly drunk has been interdicted.

The footage shows the officer swaying unsteadily in his uniform amid heckling by some onlookers on the streets of Cape Coast.

The Police, in a statement on Wednesday, said his interdiction is to make way for a thorough investigation into the matter.

The release signed by the Public Affairs Director-General, ACP Kwesi Ofori, said the officer will undergo psychological evaluation with the necessary help offered where critical.

“In addition, he will be referred to the Police Medical Board for thorough review and support towards rehabilitation where necessary.”

The January 12 communiqué further insisted that “the said officer’s suitability or otherwise to remain in the Service will be based on the outcome of investigations and the recommendation of the Police Medical Board.”

The video, which went viral, triggered reactions as to what it means for the image of the Police force.