'Dumsor' is not coming back - GRIDCo boss allays fears - MyJoyOnline.com

‘Dumsor’ is not coming back – GRIDCo boss allays fears 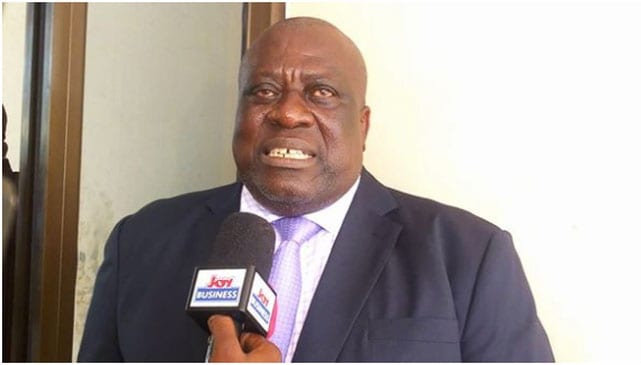 The CEO of the Ghana Grid Company Limited (GRIDCo), Jonathan Amoako-Baah has allayed the rising agitation amongst Ghanaians over a looming power crisis popularly known as ‘dumsor’.

According to him, ‘Dumsor’ is not coming back. Indeed, the nature of the power system value chain, makes that impossible.”

A nationwide power outage on Sunday, March 7, raised concern amongst the citizenry of a return to perennial power outages.

Although GRIDCo attributed it to a challenge in the power system, a section of Ghanaians are still on edge.

Thus, in an opinion editorial, Mr Amoako-Baah assured the citizenry as well various stakeholders that his outfit is working earnestly to ensure that there is a steady power supply at all times.

“As a crucial part of the entire value chain, overseeing matters on the transmission aspect of the process, GRIDCo wants to assure the country and all related stakeholders that none of the key participants in the value chain is resting on their oars, in an effort to maintain stability, accessibility, consistency and reliability of power supply at all times,” he stated.

Explaining what led to the nationwide outage, the GRIDCo boss indicated that there was a transient fault on a major transmission line between Prestea and Obuasi which caused overloads on adjacent transmission lines and resulted in the shutdown of the generating plants at Aboadze and Bulk Supply Points from the Western parts of the country through the Ashanti Region.

He added that that the hydro units at Akosombo and Kpong which served as a backup also became on unstable for over 15 minutes before eventually tripping but was restored the very day.

“It has always been highlighted in several strategic discussions with key stakeholders, the inherent challenges in the value chain – particularly the need for key transmission and distribution infrastructure investments necessary to achieve a robust and reliable power system.

“Thankfully government, through the Energy Ministry, has shown consistent interest and commitment over the years to ensure a progressive and strong sector that is able to surmount and navigate its challenges.”

In order to ensure sustainability, Mr Amoako-Baah said works are underway to fix certain incidental problems in the power system.

“External partners such as the Millennium Development Authority (MiDA); the European Commission, through the French Development Agency (AFD), Siemens, and others, are supporting the government to resolve key issues in the sector.

He indicated that several projects are littered across the country to power the system to the next level,” he added.

The GRIDCo boss further noted that although intermittent outages are to be expected due to ongoing projects, consistent power supply is assured.