Dwumfuor rallies for supports as he contests for GJA presidential seat - MyJoyOnline.com

Dwumfuor rallies for supports as he contests for GJA presidential seat 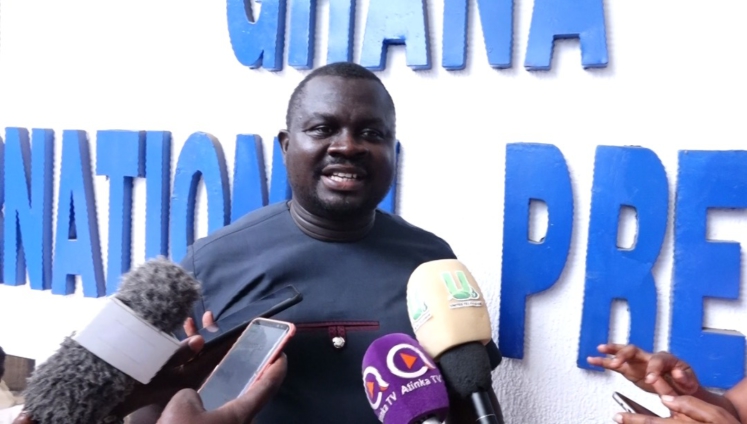 Supporters of the National Organising Secretary of the Ghana Journalists Association (GJA), Albert Kwabena Dwumfour are rallying for delegates to vote in their favour in the upcoming presidential race.

In a statement, the group highlighted the good qualities in their candidate that gave reasons delegates must cast their vote in Mr Dwumfour’s favour.

According to a Member of the Campaign team, Isaac Nuamah-Yeboah the young competitor is vibrant, affable, humble and adaptable.

This among many qualities, Mr Nuamah-Yeboah says is what the Association currently needs in order to charge forward and contribute immensely to the development of the country.

“Although relatively young, Albert Dwumfour has personally achieved so much economic prosperity in the private sector with an impeccable track record of setting up the Atinka Media Village which has become a force to reckon with in the Ghanaian media landscape, employing hundreds of Ghanaians and winning awards from credible organizations for compelling TV content like Di Asa and Kronkron.

“The contribution of all the three aspirants to the development, sustenance and growth of the GJA cannot be discounted, but in terms of the personality who has touched lives within the Association, Albert Kwabena Dwumfour stands tall,” he stated.

The Campaign Member further described Mr Dwumfour as the backbone of the current national executives following the display of true leadership qualities, practically exhibited during his tenure.

He added that Mr Dwumfour humility, generosity and wider network, also create opportunities for members who intend to grow and remain professional in their duties as media practitioners.

“Your vote for Albert Kwabena Dwumour is just going to be the beginning of the transformation of the GJA,” he expressed.

The Ghana Journalists Association (GJA) will be going to the polls although the specific date has not been announced by the Elections Committee.

Following the filing of nominations two weeks ago, many aspirants have expressed interest in contesting for various positions including the Presidency.

Three individuals including Mr Dwumfuor have declared their intentions and determination to take over from Affail Monney, the incumbent President whose tenure of office expired in November last year.