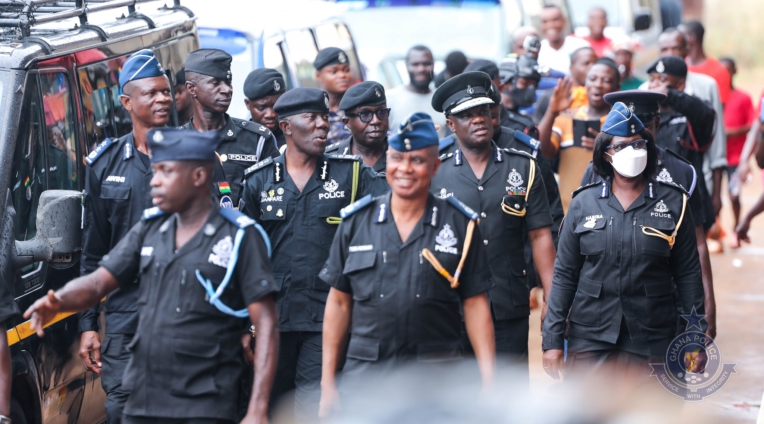 The Inspector-General of Police (IGP), Dr. George Akuffo Dampare, toured Kwahu and other parts of the Eastern Region during this year’s Easter festivities.

In a Facebook post, the Police noted that the tour was to assess security arrangements put in place in the region and especially at Kwahu where the majority of activities took place.

“It was also to shore up the morale of personnel deployed across the region,” the Police added.

During the tour, the IGP and his team engaged drivers, transport unions, commuters and the general public on issues relating to general security and safety on the road.

The team took advantage of the opportunity to introduce the concept of “COAT” to drivers and other road users.

“COAT” which is an acronym for Concentration, Observation, Anticipation and Tolerance are qualities to be exhibited by drivers and other road users in order to prevent road traffic accidents.