As it happened: Nana Konadu Agyeman-Rawlings remains in Presidential race 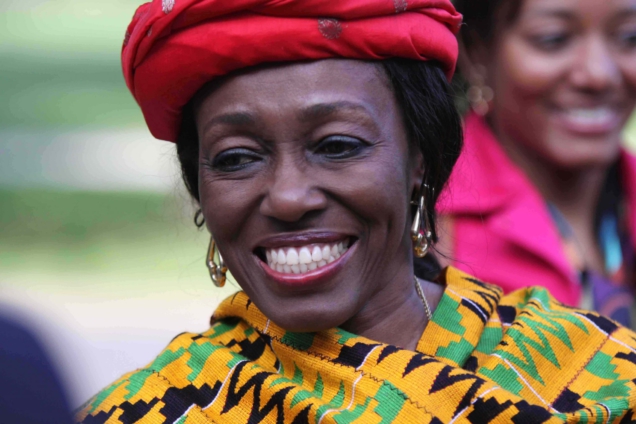 The flagbearer for the National Democratic Party (NDP), Nana Konadu Agyeman-Rawlings has not dropped out of Presidential race despite reports that she had.

This was announced by her running mate Peter Kwame Asamoah who refuted claims circulating in the media.

He stated in an interview with Joy News on Monday, that the party is focused on pursuing its agenda for this year’s Presidential and Parliamentary elections.

“That statement is false and should be disregarded. Her Excellency Dr. Mrs. Konadu Agyeman-Rawlings certainly has not withdrawn. She’s still in the race and currently, we are on a national tour,” he said.

His response came after some media reports that the Presidential Candidate had dropped out because of the death of her husband, Jerry John Rawlings.

“That is also not true. I am surprised at whoever is spreading that information. Because we all know ballot papers have already been printed and nationwide distribution is even completed, so Nana Konadu Agyeman-Rawlings cannot withdraw.

“Whoever is spreading the information is liable for spreading false information because the party structure has not issued any statement to that effect,” he added.

Stay with myjoyonline for all the latest in politics across the country with 13 days to the general elections.