Election 2020 will determine the direction of the country – Bawumia 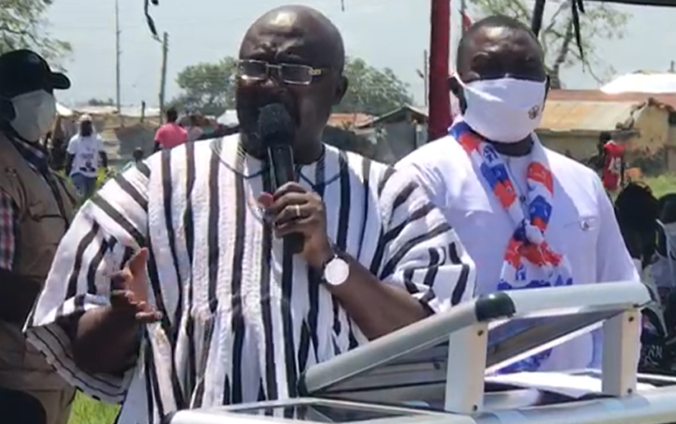 Vice President, Dr. Mahamudu Bawumia has advised that a vote to keep the NPP government in power is a vote for a brighter future for all Ghanaians.

According to him, the Akufo-Addo-led administration has proven itself in the last four years than the erstwhile John Mahama-led government did between 2008 and 2012.

Speaking on Cape Coast-based Eagle FM Sunday, November 1, the Vice President argued that the NPP has a track record of reviving the economy after precursory governments have mishandled it.

“The December 7 election is a determinant of Ghana’s future. If you take a good look at the country since 1957, you’d realise that as one government makes positive strides with the country, another one, when elected, moves us in a backward direction.

“When you think back to former President Kufuor’s tenure in office, you’d understand that he came at a time when the country was in financial crisis, yet he came to fix the economy. Before he left, Ghana had been introduced to so many initiatives we did not know of prior,” the Vice President said.

Referencing the state of the economy between 2008 and 2012, he added that the performance of the NDC was abysmal and that Ghanaians should not repeat an earlier mistake.

“Before President Kufour left office, we advised Ghanaians to entrust the country into the hands of the NPP some more by voting for Nana Akufo-Addo, so as to continue with the plans of the former President, and that the NDC will retrogress the economy. But they didn’t listen.

“When the NDC came, they came along with ‘dumsor’, ruined NHIS and the National Ambulance Service, failed to pay Teacher and Nursing Training Allowances. They also froze employment and public service because they were unable to pay employees. They actually proved our point” he said.

Accordingly, Dr. Bawumia advised that electorates vote for the NPP come December 2020, given the party’s resolve to continue the implementation of developmental policies it had introduced in 2016.

“Our biggest initiative is the Free SHS policy. We were told that it’s impossible, but we responded by saying funds will be generated when we come to fix the economy.

“We might not see full impact now, but in another 10 to 15 years, Ghana will be a very different place, because we will have a very educated workforce.”.

DISCLAIMER: The Views, Comments, Opinions, Contributions and Statements made by Readers and Contributors on this platform do not necessarily represent the views or policy of Multimedia Group Limited.
Tags:
Dr. Mahamudu Bawumia
Election 2020
New Patriotic Party (NPP)