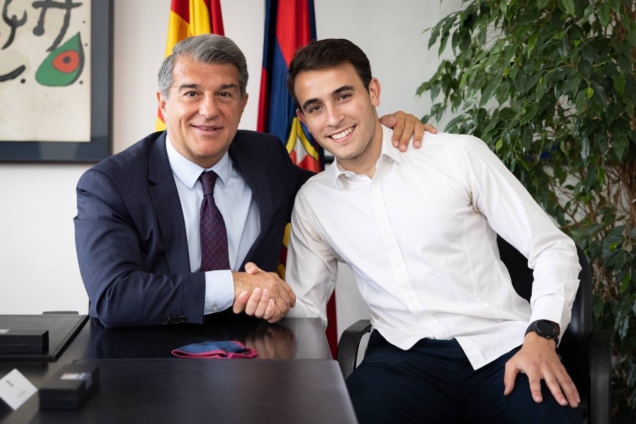 Barcelona will sign Spain centre-back Eric Garcia on a five-year deal when his Manchester City contract expires next month.

Garcia’s youth career began at Barcelona before he moved to Manchester City in 2017.

Garcia, who joined Barcelona’s academy in 2008, made 12 appearances for Pep Guardiola’s Premier League champions in 2020-21 but started just three games in their title-winning campaign.

The Spaniard made 35 senior appearances in all for City, with 20 of those coming in the 2019-20 season when he was a regular starter for Guardiola as his squad was depleted by injuries.

He has featured seven times for Spain since his debut last September and has been included in Luis Enrique’s Euro 2020 squad.