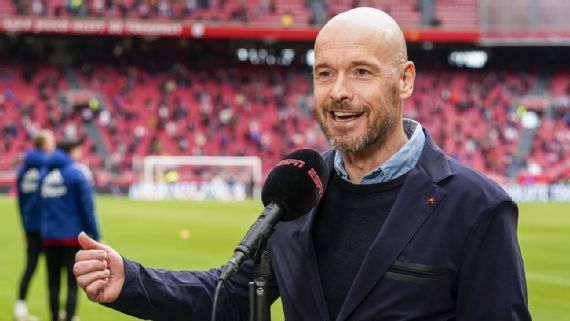 Old Trafford officials continue to insist the process of appointing Ole Gunnar Solskjaer’s permanent successor is not complete and that it is premature to say a deal has been done.

However, it is understood Ten Hag is now the favoured candidate among senior figures at United.

It was clear the choice had narrowed to Ten Hag or Mauricio Pochettino.

However, BBC Sport has been told it is felt Ten Hag would be a better fit for the structure now in place at United, where John Murtough is the football director, Darren Fletcher is technical director and interim boss Ralf Rangnick an advisor.