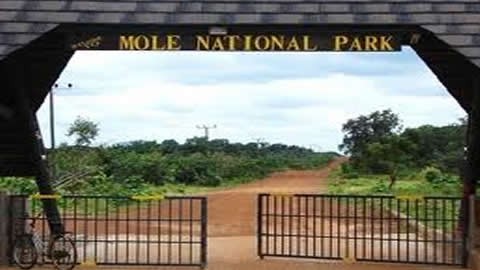 The Forestry Commission has taken a major step towards the listing of Mole National Park, the largest national park in the country, as one of the UNESCO Global World Heritage Sites.

This follows the conduct of the Mole Park Census from January to April this year to update the wildlife populations of the park since 2006.

The census was a collaborative effort among the Forestry Commission’s Wildlife Division, the Namibian Consortium comprising Bush skies Photography and the Namibian University of Science and Technology.

The team used an integrated approach, which involved aerial surveys, foot transacts, and camera trapping to take stock of the population of animals such as elephants, buffalos, bushbucks, warthogs, kobs, waterbucks, hartebeests and baboons.

With a confidence level of 95 per cent, the averages of the multiple approach census was that the elephant population was about 436, while buffalos were about 1,392.

It was funded by the European Union (EU) and showed a healthy and growing wildlife population.

In 2000, the Forestry Commission embarked upon an ambitious project to get the Mole National Park, the largest national park in Ghana, with an area of 4,550ka, to be enlisted as one of the UNESCO Global World Heritage Sites.

However, efforts were frustrated when the International Union for the Conservation of Nature (IUCN) Evaluation Team in 2015, declined to recommend the submission for consideration on the grounds that the Management Plan of the Mole National Park was outdated because there was no census in a long while.

The objective of the census was to obtain accurate estimates of wildlife numbers in the Mole National Park and train staff of the park
to conduct ongoing systematic wildlife monitoring and analysing trends.

The Chief Executive Officer (CEO) of the Forestry Commission, Kwadwo Owusu Afriyie, said the census was a major milestone in the
country’s drive to give the Mole National Park a World Heritage status.

“We will now have the necessary information to strengthen our recommendations of Mole National Park as a globally significant
ecosystem, with Ecological Features of Outstanding Universal Values (OUV), that will satisfy the UNESCO World Heritage site criteria,” he said.

Mr Afriyie said the Forestry Commission had prioritised partnerships with private investors to improve the Mole National Park because of its potential.

It supports capacity development to enable the integration of management of biodiversity and ecosystem services into development policies, plans, programmes and projects.

She said investment in the Mole National Park and environmental conservation was key to creating jobs and boosting the tourism and the hospitality industry.

“The EU supports the Ghana Beyond Aid agenda by the government, but we believe that preservation of the environment, wildlife and natural resources will play a key role in achieving that agenda,” she added.

Ms Acconcia stressed that the EU would continue to mainstream climate change issues into initiatives aimed at protecting the environment.

She added that the EU was committed to deepening cooperation with Ghana, using trade, development initiatives, and diplomacy.