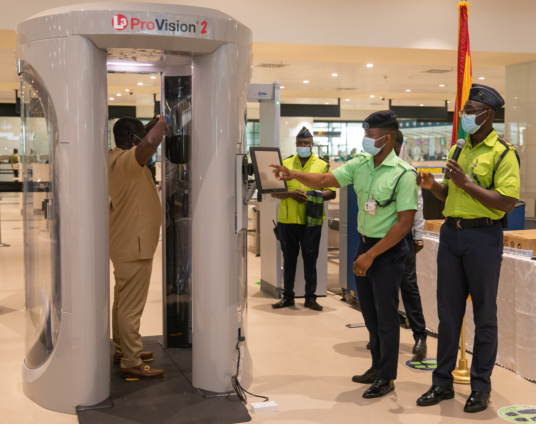 Transport Minister, Kwaku Ofori Asiamah has told Parliament that the Ghana Airports Company Limited (GACL) did not breach the Public Procurement Authority (PPA) laws in the award of a contract to Frontiers Healthcare Services Limited to test for Covid-19 at the Kotoka International Airport.

Under the agreement, Frontier Healthcare Services charges $140 for every test conducted while Ghana Airports Company’s share is 10 dollars.

The deal has come under intense scrutiny with some civil society organisations and opposition MPs alleging corruption and procurement breaches in the contract.

Appearing before Members of Parliament on Thursday, Kwaku Ofori Asiamah explained to Parliament that the Ghana Airports Company complied fully with the procurement laws.

“Mr. Speaker GACL strictly followed its established procedures in awarding concessions to our clients. The company sought and secured approval from the Public Procurement Authority before the award of the space to Frontiers Health services Group was done,” he said on the floor of the House.

Kwaku Ofori Asiamah added that the GACL is not aware of any contract between Frontier Healthcare Services and a private entity, First Atlantic Bank at the time of the agreement.

“Mr. Speaker, GACL is not privy to the contract between Frontier Health Services and the First Atlantic Bank for the purposes of collecting Covid-19 charges at the Airport. Concessioners at the Airport are free, Mr. Speaker, to engage any appropriate legal entities to partner them to deliver their services,” he stated.

But the Minister’s response did not satisfy Tamale Central MP, Ibrahim Murtala Mohammed who asked the original question about the contract between GACL and Frontiers Healthcare Services.

He appealed to the Speaker for the Minister to present the contract between the GACL and Frontiers Healthcare to Parliament.

The Second Deputy Speaker, Andrew Amoako Asiamah who chaired the sitting on Thursday directed the Minister to present the details of the contract to the House next week.

Following government’s suspension of the Covid-19 PCR testing at the Kotoka International Airport (KIA) for fully vaccinated travellers into the country, North Tongu MP, Samuel Okudzeto Ablakwa alleged that Frontiers Healthcare Services Limited had amassed a profit of GHS984.7million (US$130million) from the contract.

“By our conservative estimates, the less than 2-month-old hurriedly incorporated Frontiers Healthcare Services Ltd made a staggering supernormal profit of US$130million (GHS984.7million — that’s almost a billion Ghana Cedis) over the last 18 months.