GFA calls out South Africa Football Association for 'creating a foundation for a mountain of lies' - MyJoyOnline.com 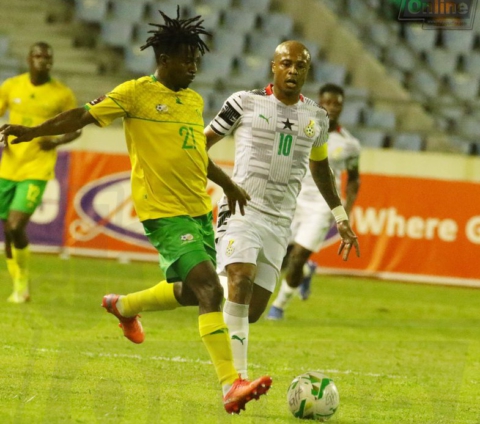 SAFA on Wednesday, November 17, held a press conference to detail their observations from their final group game against Ghana in the 2022 FIFA World Cup qualifiers.

Despite Ghana progressing to the play-off round of the qualifiers, South Africa have been persistent with their efforts to downplay the integrity of the match.

Before the game at Cape Coast, there were various stories about how South Africa team was made to travel for nine hours from Accra to Cape Coast.

Moreover, the official handle of Bafana Bafana also posted on social media during the match that the South African team was being intimidated, molested, and robbed in Cape Coast.

In response to these allegations, the GFA in their statement stated ‘SAFA started creating a foundation for a mountain of lies even before the game day itself.’

“The truth is that the distance from Accra to Cape Coast is only 79 miles (127 km). Unfortunately for our colleagues, Cape Coast is a tourist’s city and many people across the world have been to Cape Coast and would be shocked to hear such a blatant lie from no less a Football Association than the SAFA. Our colleagues forgot that we defeated them 2-0 in Cape Coast in November 2019 in a Cup of Nations qualifier.

The GFA also admitted that South Africa are in their rights to call for an investigation but they won’t allow SAFA spread falsehood.

“Even though we believe that it is within the South African Football Association’s right to call for investigation, if they feel that certain factors contributed to their loss, we wish to state that the way and manner lies, and allegations have been thrown into the public space has been very irresponsible leading to injury and violence.

“We wish to state categorically that the allegations are frivolous, baseless and lacks merits and should be treated with all the contempt that it deserves. These allegations from South Africa Football Association are nothing but a planned scheme and a calculated attempt to shift focus from the defeat, divert attention from their failure to qualify for the play-offs and unjustly dent the hard-earned victory of the Black Stars.”

FIFA confirmed that SAFA’s protest will be submitted to a member of the FIFA Disciplinary Committee on 23 November 2021 for consideration and decision in accordance with art. 14 (9) of the Regulations FIFA World Cup 2022TM.