GFA had no auditor to audit budget we prepared – Mark Addo - MyJoyOnline.com

GFA had no auditor to audit budget we prepared – Mark Addo 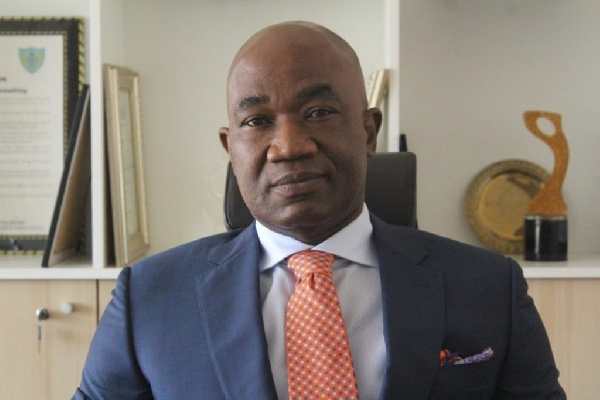 The Vice President of the Ghana Football Association (GFA), Mark Addo has revealed that the football governing body in Ghana are presenting an unedited budget at the upcoming congress because it had no auditor.

The FA’s ordinary Congress slated for Tuesday, September 1, 2020, is the highest decision-making body of the GFA where all members of the GFA meet after every football season/calendar ends.

It is used as an avenue to make changes to the statutes that govern the game and also to usher in the new season.

“Sadly, the last congress failed to submit a proposed auditor because we couldn’t change the auditors then. To be able to get auditors, there is a process with guidelines that involve interviews, negotiations and all that is required but we couldn’t get that done due to the pandemic”.

Mark Addo was speaking on Power Sports on Nhyira FM in Kumasi.

The GFA has faced a difficult time running the association due to the impact of the coronavirus pandemic in its 8-month reign as new leadership of the country’s football.

Going into next week’s congress, the GFA will submit an unedited account without actuals, a situation which has attracted many questions for explanations.

Mark Addo who is the head of the GFA’s finance committee explained their inability to submit detailed audited accounts at the congress.

“The budget was projected for the period of October to June. The GFA President even announced that the budget would have been presented from between the end of February and March but we couldn’t prepare and make it available for the intended extraordinary congress due to the covid-19 pandemic. There was no budget for us so we had to prepare a budget when we took charge of affairs. It was a false majeure that stopped our activities including closing the GFA Secretariat.”

The Nzema Kotoko director is hopeful that moving forward into their final 40 months, things will fall in place and the difficulties being faced will be a thing of the past.

“So this budget had to be presented but due to circumstances it was not submitted but as required by the statutes of the GFA, we are presenting the budget so it can be rectified. Unfortunately the actuals are not ready because of the appointment of the auditors but once it is ready, it will be presented at the next congress.

We know that these challenges are being encountered because the GFA is in transition and we know by next year, everything will be in the right place,” he concluded.