Ghanaians would have paid more for sugar even with Komenda Sugar Factory - Kofi Bentil - MyJoyOnline.com 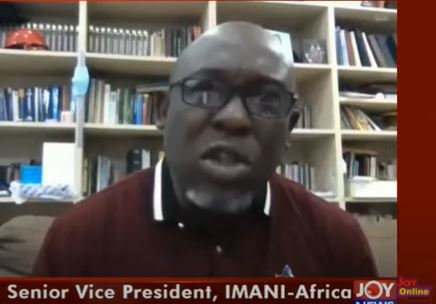 The senior vice-president of IMANI-Africa has lamented that the cost of sugar would be three times higher than the current imported price of sugar if government fully equips and operationalises the Komenda Sugar Factory.

This, he believes, will be necessitated by the inadequate raw materials for the production of sugar, inefficient investments into the factory, insufficient varieties of sugar to be planted, which is not available in the country and many other factors.

“Even if we import raw materials and produce refined sugar in Komenda, it will cost three times the price of the imported sugar in Ghana.

“The only way to make Komenda work would be to stop all sugar import and force Ghanaians to buy sugar three times the price that does not make sense,” he told Joy Newsfile host Sampson Lardy.

Speaking on Newsfile on Saturday, the private legal practitioner said it would be a complete waste of time for any government to invest money into the sugar factory.

He added that it would be best for government to re-purpose the Komenda Sugar Factory.

The old factory, built in 1964, became defunct about 30 years ago due to technical difficulties and mismanagement. So resuming operations at the factory was a perfect opportunity to do things right this time around.

The $36.5 million loan sugar factory is not producing sugar. It is idle and currently rusting away, with parts of the roof worn out and torn. Unfortunately, the facility shut down in July 2016 after a few test runs.

It was due to reopen for full production in October 2016 but never did.

Responding to questions about abandoning the project and spending huge sums of monies on sugar importation, Mr Bentil said government can only produce sugar if it commiserates with the quality and price of sugar currently being imported.

After several years of not operating, there have been many calls for government to revive the sugar factory to create employment and contribute to the country’s economy.

On July 23, 2021, Trade Minister Alan Kyeremanten said the government hoped to conclude the fulfilment of the conditions by August this year to pave the way to require the factory to commence activation before the end of the year.