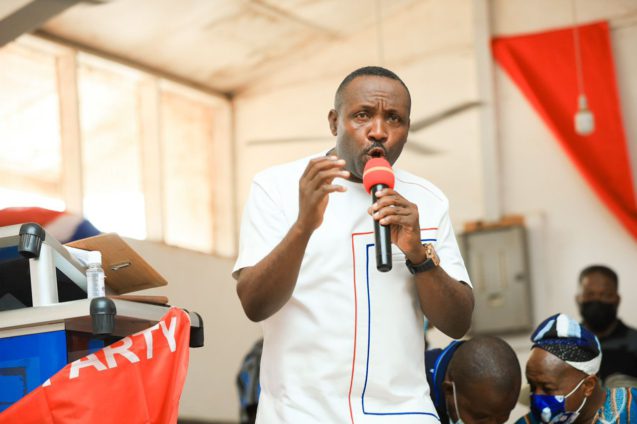 In its quest to break the 8-year electoral cycle, the governing NPP has resolved to compel all appointees to make monthly financial commitments to fund party activities at various levels, General Secretary, John Boadu has said.

According to him, the resources accrued will be used to strengthen the party machinery at the grassroots level and cushion the supporters towards the attainment of breaking the 8.

“There’s no party anywhere in the world where government appointees don’t regularly and periodically remit the constituency party, their regional party and the national party.

“And I think that it is important that we take that seriously here-that governments appointees, MMDCE’s, ministers of state, board members and all that at least some token.”

One of the major concerns established since the beginning of the party’s Regional Delegates Conference is the refusal of some appointee to assist the party in times of need.

Upper West Regional Chairman Saanbaye Kangberee accused MMDCs in the area of abandoning the party, which led to its abysmal performance in the 2020 general elections.

“You seem to have forgotten that it is the victory of the party which has created the vacancies for you to occupy today.

“I don’t remember any of you, whoever stretched a helping hand by way of finance or logistics when the party is in dire strait. You seem not to care and indeed want to bite the hand that fed you,” he added.

He, however, cautioned the new nominees against such practice, which he believes could diminish the zeal of the supporters.

But the General Secretary John Boadu observed that the issue will be taken at the national level, and a resolution ratified at the upcoming national delegate’s conference slated on December 18, 2021, to ensure full compliance with the directives.

“We will start the conversation and get it ratified at the National delegates Conference. This will also help us monitor the resources that come to the party,” he added.

DISCLAIMER: The Views, Comments, Opinions, Contributions and Statements made by Readers and Contributors on this platform do not necessarily represent the views or policy of Multimedia Group Limited.
Tags:
Contribution
government appointees
John Boadu
NPP