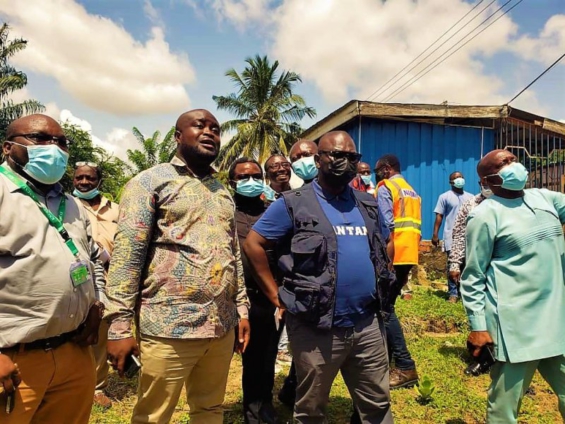 The government has spent more than GH¢400 million on drainage works over the last two years, Mr. Francis Asenso-Boakye, Minister of Works and Housing, has disclosed.

The project, he said, formed part of the agenda to open up Ghana’s drainage system for the free flow of water running through the culverts and watercourses in the country.

It is in line with efforts to address the perennial flooding emanating from the poor drainage system with its associated negative consequences on lives and property.

Mr. Asenso-Boakye, who is on a working visit to the Ashanti Region to inspect communities affected recently by the floods, following three days of heavy rainfall, told the media in Kumasi, that the Ministry was working to avert such unfortunate occurrences.

The Minister is being accompanied by officials of the National Disaster Management Organization (NADMO), engineers and technical men of the Ministry, representatives of the Regional Coordinating Council (RCC) and Kumasi Metropolitan Assembly (KMA).

He had so far visited Atafoa, Santasi, Atasemanso and South Suntreso, all flood-prone areas, as well as the Kejetia and Asafo Markets.

The visit is to enable the Minister to identify the main causes of the perennial flooding, and assess the extent of damage left in the wake of the recent rainstorm.

At least four people, including; a one-year-old boy, perished in the recent floods, with hundreds of people being displaced.

Mr. Asenso-Boakye decried the many buildings constructed on waterways, especially in the Kumasi metropolis, which tended to impede the free flow of watercourses.

At Atasemanso, the Minister ordered for immediate demolition a house being built on a watercourse, saying the KMA should act swiftly in ensuring that the right was done.

He warned the citizenry to avoid dumping solid waste into the drains.