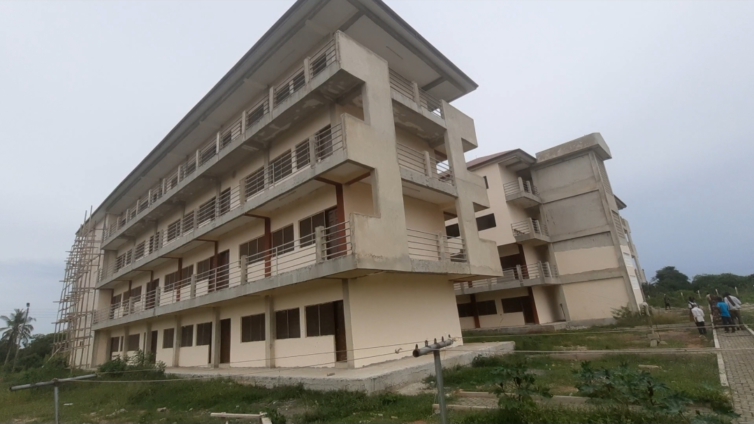 The Education Ministry has revealed that government hopes to operationalise the E-block School building at Aflao and complete other projects in the same category by February, 2022.

The Head of Communications at the Ministry of Education, Kwasi Kwarteng, told Accra-based Citi FM that government has been working to put to use, the E-block building at Aflao, which generated controversy recently.

“The building is completed. What is left is the refurbishment, chairs and all that. We are not sleeping. We are very hopeful that the Aflao one and others that are yet to be completed, by the next academic year, we should see it in the Computerised School Selection and Placement System so that students will access it. That is somewhere in February [2022],” he explained.

The NDC has recently criticised the Akufo-Addo administration for failing to complete and operationalise the school buildings under the E-block project.

The ¢9 million project, with 26 classrooms, five departments and a science block, started under the erstwhile National Democratic Congress (NDC) administration.

Meanwhile, the Ministry says some 27 contracts for the construction of the E-block Senior High Schools in various parts of the country have been terminated.

According to Mr Kwarteng, the government has continued and almost completed some of the schools under the E-block project, contrary to claims that the NPP has abandoned them.

“For 21 of them, we are very hopeful that they will be completed and operationalised soon. Sixteen of them are between 25% and 60% complete.

“Twenty-six of them have their contracts terminated. If you look at them, some of them are at sub-structural levels.

“You award it to the contractor, and you don’t provide funding and the contractor can come to the site once and does not appear on site months later.

“The contracts have been terminated outrightly. For some of them, after two or three years, you see that the contract is still at 1% completion stage,” he said.

The erstwhile Mahama administration in 2012 announced his plans to construct some 200 Community Day Senior High Schools in the country to enhance access to Secondary Education.

Later, contracts were awarded for some 124 schools to be constructed across the country. These projects were known as the E-blocks.