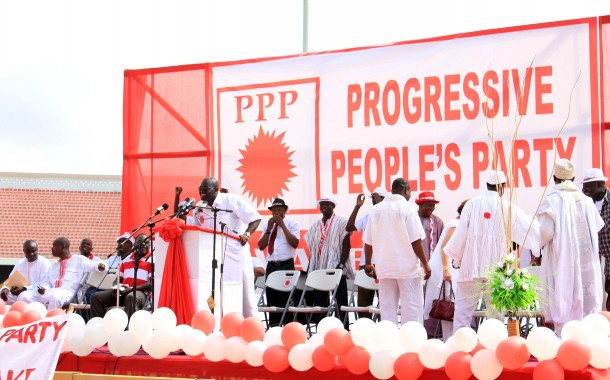 The Progressive People’s Party (PPP) has alleged that the fight against illegal mining by the government is only a guise to shield its officials engaging in the act.

National Chairman of the Party, Nana Ofori Owusu stated that most state officials are involved in this menace, however, the Akufo-Addo led administration has failed to sanction them.

“We have had reportage of government officials being part of this galamsey menace and we have not seen anybody in court over the matter.

“We saw many people being responsible for galamsey in the last administration. Different people, to the point that sometimes you wouldn’t even know who was responsible for the galamsey fight,” he added

Nana Ofori Owusu was addressing the media in Accra, Wednesday.

Earlier this year, President Akufo-Addo in his fight against galamsey revealed that he will not reprimand his officials based on mere allegations.

According to him, inasmuch as he is determined to enforce the laws on illegal mining, he is not ready to “act on hearsay or mere allegations. I will not hesitate to act though where the evidence is hard before the police.

“And I will do so irrespective of the standing of the person or persons involved. That is the true meaning of equality before the law,” he stressed.

Meanwhile, Mr Owusu has advised government to come out clearly with its road map to Ghanaians if it truly wants to end the menace.

“We are seeing similar things now, we heard of Minister Samuel Abu Jinapor, then you will a statement from the Office of the President telling the Defense and Interior Minister to go and do some action when you do that citizens become confused as to who is leading in the fight against the galamsey menace. Is it the Presidency or the Minister that has been put there?”