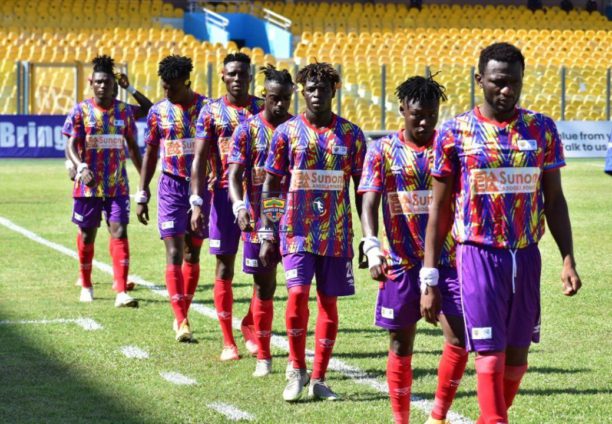 After missing out on last weekend’s action, both Accra Hearts of Oak and Kumasi Asante Kotoko will return to action in midweek as the Ghana Premier League resumes with midweek action.

Hearts, who are yet to win any of their league games this season, will travel to the Nduom Park to play Elmina Sharks.
Sharks are also hopeful of bouncing back after suffering defeat to King Faisal in their last game.

Kotoko currently occupy third on the league standings having played a game less than both King Faisal and Aduana Stars, who are in first and second respectively.

The Porcupine Warriors have a tricky fixture against Real Tamale United up on their calendar with league leaders King Faisal taking a trip away from Kumasi to play Accra Lions.

Newcomers, Bibiani Gold Stars will play Accra Great Olympics away from home at the WAFA Park while AshantiGold return to the Len Clay Stadium to face high-flying Aduana Stars.

At the Theatre of Dreams in Dawu, Dreams FC will be gunning for all three points when they go head-to-head with Karela United.

WAFA have had a tough start to the season so far with just one win in the opening seven games but the Academy boys will have the chance to kick start their season when they face Berekum Chelsea in midweek.

Bechem United and Techiman Eleven Wonders will also lock horns at the Bechem Park with maximum points at stake.