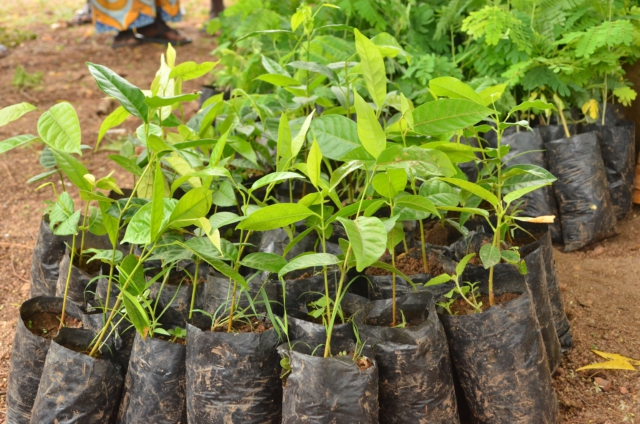 The Asante Mampong Divisional Police Command is investigating a case in which about 8,011 tree seedlings of various species were found dumped at a refuse site at Bosofuor, near Asante-Mampong.

The seedlings were discovered on July 28, this year, by guards of the Asante-Mampong Forest district, during their routine checks to inspect trees planted at the Offin Headwaters Forest Reserve in the area.

A total of 5,891 of the seedlings which were found to be in good condition after sorting, have since been planted by the forestry officials.

Mr John Allotey, Chief Executive Officer of the Forestry Commission told journalists during an inspection of the site where the incident occurred, that aside the police investigations, the Commission was also conducting its own investigations to know where the seedlings came from.

Narrating the story, the District Forest Manager told the media that on the 28th of July this year, whilst some forest guards were on their routine checks to inspect trees that have been planted, they heard the sound of a truck that was moving close to the Offin Headwaters Forest Reserve.

He said the guards decided to move towards the direction since they suspected illegal loggers in the forest reserve.

Mr Allotey said while approaching the place, the truck moved away and when officers finally got to the site, they saw that some tree seedlings had been left at the refuse dump.

Mr Allotey said the guards reported the matter to the district forest manager who then instructed the sorting of the seedlings since the guards had reported that some of them had gone bad.

He said after the sorting, about 5,891 seedlings were found to be alive and the rest were casualties.

He said the District Forest Manager lodged a complaint to the Ghana Police Service at Mampong.

Mr Allotey explained that the seedlings could come from two sources.

Mr Allotey said the Commission was also following up to check what had been planted by groups who secured bulk quantities of seedlings from the district to plant during the 2022 Green Ghana Day Programme.

He said it was to ensure that the seedlings were planted and if there were shortfalls, the district would be able to confirm whether it might have come from the Green Ghana Project.

DISCLAIMER: The Views, Comments, Opinions, Contributions and Statements made by Readers and Contributors on this platform do not necessarily represent the views or policy of Multimedia Group Limited.
Tags:
Forestry Commission
Green Ghana Project
John Allotey
tree seedlings