Gyan will not be captain despite President’s intervention- Head of Sports, Multimedia

The Head of Sports, The Multimedia Group has confirmed that Asamoah Gyan will not be captain of the National Football Team despite the President’s intervention.

According to Samuel Kwadade Yirenkyi, the president’s intervention in the current misunderstanding in the national team was not an attempt to “foist Asamoah Gyan on the coach.”

“All the president did was to ask Mr. Gyan to reconsider his decision to retire from the national team and make himself available for selection,” in the upcoming African Cup of Nations tournament, he stressed on Joy FM’s Super Morning Show Wednesday.

A statement from the presidency on Tuesday corroborated Mr. Yirenkyi’s claim.

Asamoah Gyan, who until recently was the Captain of the senior national football team stirred a national conversation when he unexpectedly retired from the team.

Read also: Asamoah Gyan’s return will be negative but… Foh-Amoaning

In a public statement to that effect, he said his decision was predicated on plans to take away the captainship from him.

“Upon consultation with my family and team and as an active footballer and captain of the national team, if the decision is to give the captaincy of the tournament to another player while I am named in the team of the tournament, I wish to recuse myself from the tournament,” his resignation and retirement letter said in part.

Bringing clarity to the president’s intervention  Mr. Yirenkyi said the president’s action is quite routine – he has been having meetings with managers and handles of the team.

These meetings are part of efforts to ensure that the country is adequately prepared for the upcoming African Cup of Nations tournament.

“This is not the first time the president is involved in the affairs of the team. Asamoah Gyan’s incident is an interesting coincidence,” he revealed.

Mr. Samuel Kwadade Yirenkyi is the Head of Sports, The Multimedia Group Limited

According to Mr. Yirenkyi, it is not as if anyone is forcing the coach to do something against his will. The coach is not opposed to Mr. Gyan being part of his team.

“I know for a fact that he was going to be part of the team,” he revealed, “Kwasi Appiah wants to call Asamoah Gyan because a 60%  fit Gyan can give us something.” 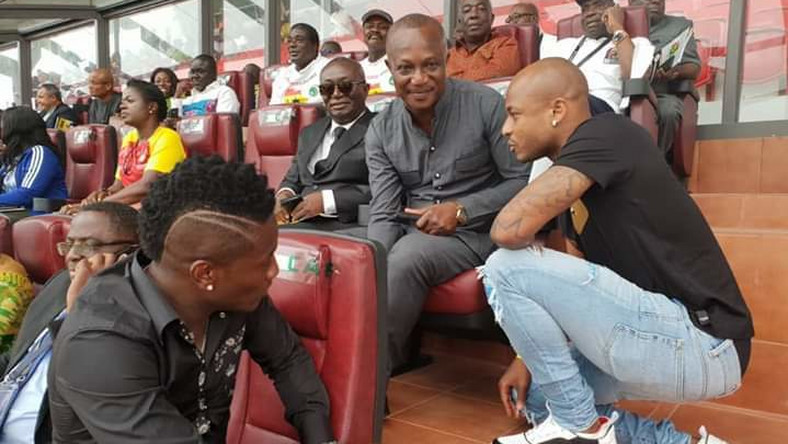 Mr. Yirenkyi however, revealed that it is possible the coach is not happy about how events have turned out.

But he is optimistic Kwasi Appiah has what it takes to manage the fallouts from the situation.

He has, therefore, called for teamwork in this direction. According to him, it must not be the sole responsibility of the coach in handling the problem.

“It is a team effort. The management team must help. The technical team must also help. It is a daily effort.”