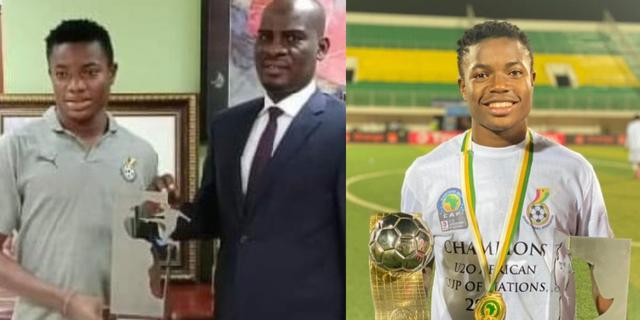 A football club owned by Minority Leader of Parliament, Haruna Iddrisu, has been reported to the Ghana Football Association (GFA) for failing to adhere to an agreement signed with Tamale Utrecht Football Academy in the transfer of Black Stars forward, Abdul Fatawu Issahaku.

The club, Steadfast FC, which competes in Ghana’s Division One League in December 2018, reached an agreement with Tamale Utrecht to pay 20% onward transfer fees if Issahaku secures a deal locally or abroad per documents available to Joy Sports.

However, following the transfer of the 18-year-old to Portuguese side, Sporting Lisbon, for a club record transfer fee of  €1.2 million, Steadfast has paid €110,000 instead of the percentage which amounts €204,000 agreed four years ago despite Sporting Lisbon paying the full amount to the club.

Efforts to have Steadfast pay the outstanding €94,000 proved futile, forcing Utrecht to report the matter to the football governing body.

Joy Sports checks revealed that the two clubs indeed agreed a 20% onward transfer fee, but Steadfast upon second thought decided against paying the amount as they felt it was on the high.

Sources claim Fatawu Issahaku was a minor and could not have signed a professional contract with Utrecht, thus, an onward transfer fee agreement is an illegality.

Officials of Steadfast thus decided to give Utrecht ‘any amount for their investment in the career’ of the 2021 CAF U20 AFCON player of the tournament.

Other reasons picked up by Joy Sports were that the club paid an agent believed to be from Nigeria, whose identity is not readily available, over 20% agent fee of the transfer sum for facilitating the deal.

The club feels that is over 55% of the transfer sum paid to other parties as the GFA is also due 10% of the same amount and 5% Solidarity contribution, hence their reluctance to pay the agreed total sum to Utrecht.

Utrecht is determined to report the matter to FIFA if continued and will consider legal action at the Court of Arbitration for Sports (CAS) if efforts to receive payment in Ghana are unsuccessful.

Partners of Tamale Utrecht based in the Netherlands appear disappointed with the current issues, with many claiming their investment in football in Tamale is not appreciated.